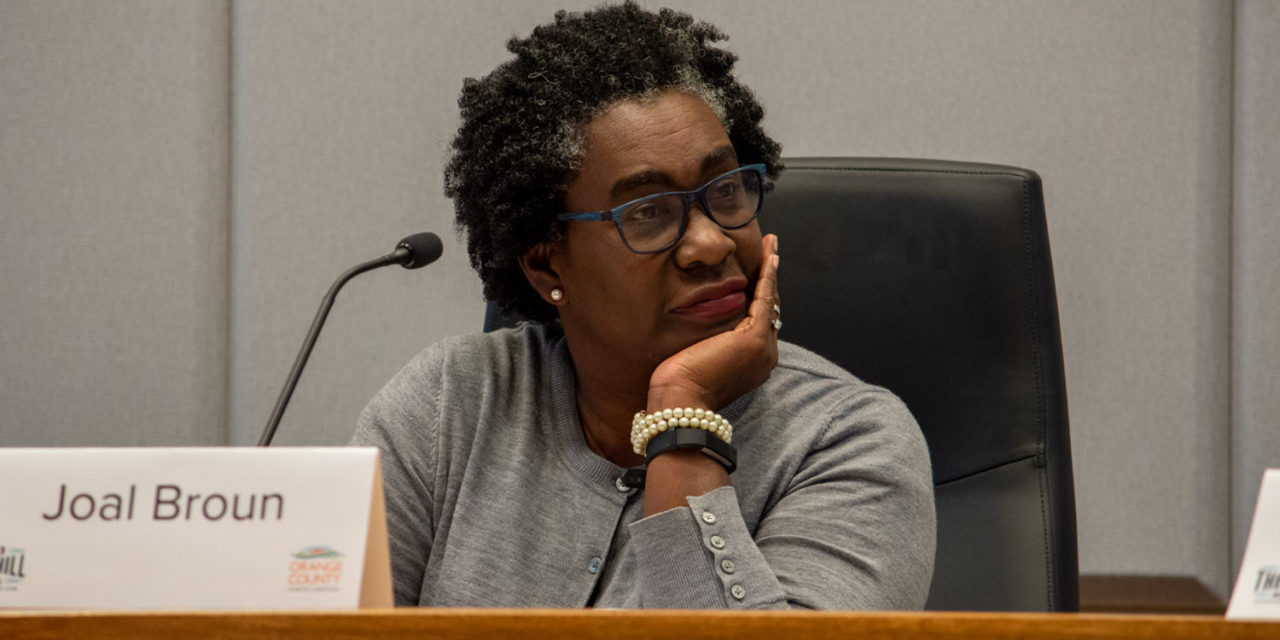 Governor Roy Cooper appointed Broun, who currently works for the North Carolina Department of the Secretary of State, to fill Judge Beverly Scarlett’s seat in District 15B. Scarlett retired from her role in March, after serving on the bench since 2007.

“Joal is an experienced leader who will serve our state and its people with distinction,” said Cooper in a press release. “I’m pleased to appoint her to the bench.”

Broun holds a Juris Doctor degree from the Wake Forest University School of Law. She currently works as the Director of the Lobbying Compliance Division for the Secretary of State department. Previously, Broun was the department’s general counsel and worked as an associate general counsel for the North Carolina State Board of Elections and Ethics Enforcement.

Broun currently serves on the Chapel Hill-Carrboro City Schools Board of Education, which she won election to in 2017 after being appointed to fill a vacancy left by Michelle Brownstein in 2015.

“While we recognize Joal Broun is absolutely the right choice for her new role,” CHCCS Superintendent Nyah Hamlett told Chapelboro in a statement, “we are sad to lose such a strong advocate for children. Joal is a courageous and dependable voice in our community, and we wish her the best as she expands her service to the district court.”

Scarlett won re-election to her judgeship in 2020, meaning her District 15B seat is set to expire in 2024. Her retirement continued the recent changes in Orange and Chatham Counties’ district court. Chief Judge Joe Buckner retired last July after 25 years in the role, while longtime district attorney and superior court Judge Carl Fox retired in October. Prior to those announcements, Judge Jay Bryan retired due to old age in 2019 and Judge Hathaway Pendergrass earned election to his seat.