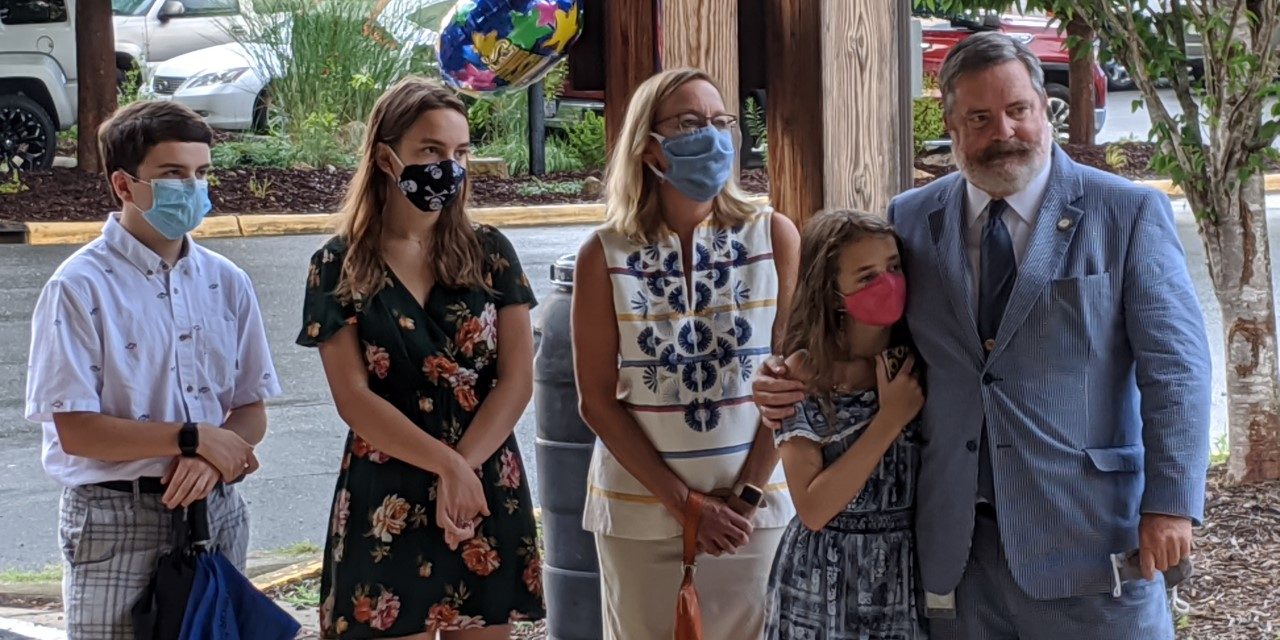 About 50 people from the Orange County community gathered Wednesday despite rain and thunder to celebrate Chief Judge Joe Buckner’s retirement. His 25 years of service leaves him with one of the longest tenures in local history. As he told the group, that fact is not something he expected when he first took the position.

“They said, ‘how long are you going to stay,’” Buckner said people asked of him, “and I said, ‘well, probably not as long as Judge [Stanley] Peele did.’ And I’m only under his record by about three months. I’m really glad Judge Peele’s record as longest serving district court judge is going to stay intact.”

But like Peele, Buckner’s impact on the Orange and Chatham County communities he served over the years in District 15B is significant. Many people involved in the local judicial system spoke on Wednesday, crediting the judge for his time, energy and friendship.

Orange County Sheriff Charles Blackwood was one of those who shared his emotions.

“You have been there for me when I needed you the most,” he said to Buckner. “You’ve given your time to me, your wisdom to me, you’ve given good advice and counsel to me. I’ll never forget it and I’m a better person because of you.” 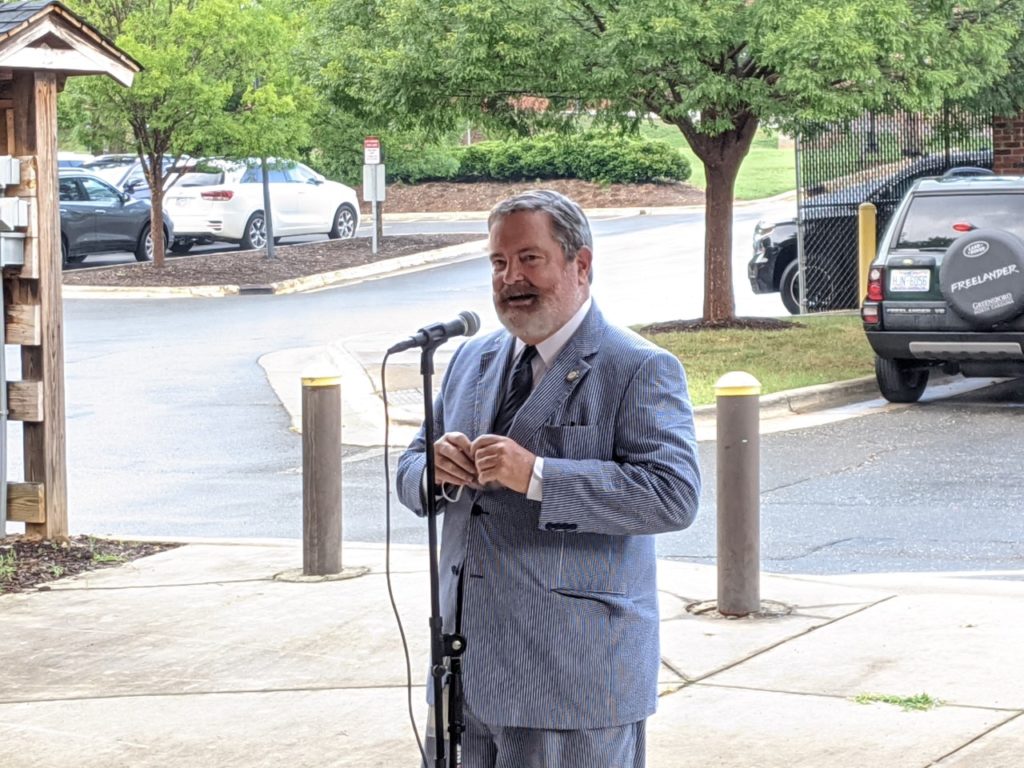 Buckner himself later spoke to that impact, saying what he will miss most about being on the bench is the Child Abuse and Neglect docket he presided over. The judge said early into the job, he called his mother one day to talk about how difficult a case was. Buckner said she shared some perspective about why his work was so important.

“She said, ‘son, you should feel grateful and blessed that you’re in a lawful, responsible position to put that child out of harm’s way,’” described Buckner. “I stopped complaining about it back then, it was 1998. Even though they’re the hardest cases we do, they’re the most important cases.”

But Buckner said that impact cannot be solely credited to him. He thanked all of the people who have helped his office through the 25 years.

“The judge is the spoke in the middle of the wheel and all the other people are the spokes that support the wheel,” he explained. “A judge has to make decisions in turn, but everybody else does the heavy lifting. So, the judges are grateful to all the court personnel that make our [judicial] system work.”

With his family members there, Buckner said he is looking forward to this next chapter with them. But he also said not to expect for him to kick back and relax.

“I’m going to stay in the workforce,” said Buckner. “I’ve had a job since I was eight years old. I’ll be doing something.”