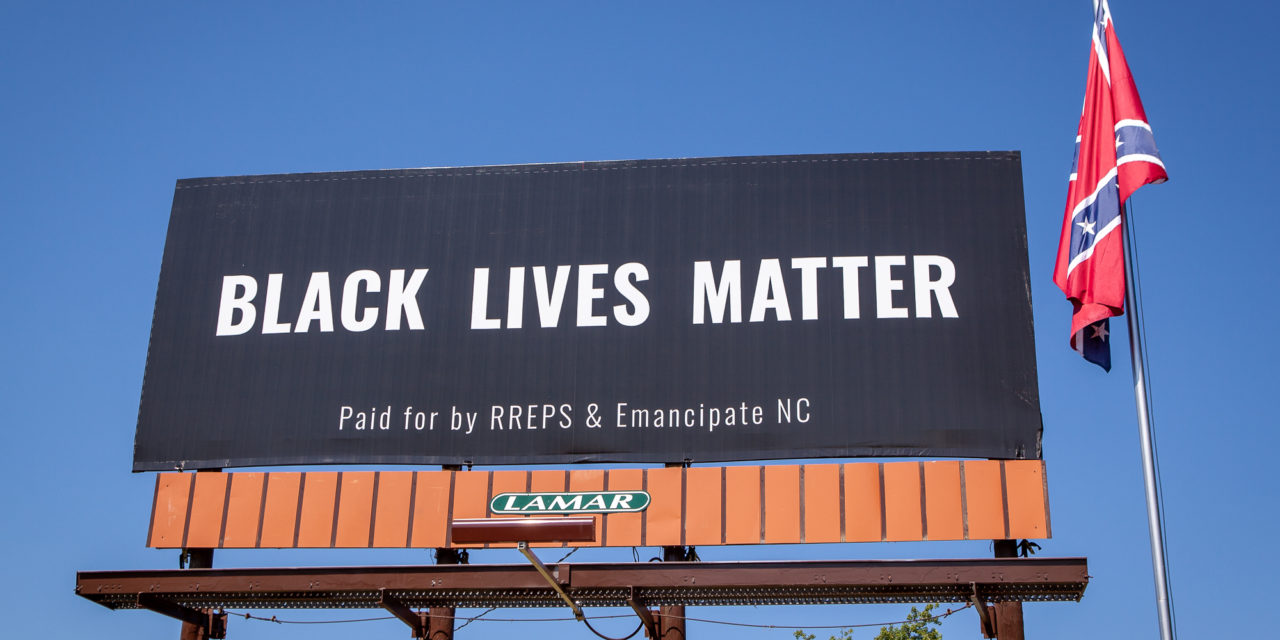 Motorists driving east on the U.S. 64 Business Route toward Pittsboro may notice a new addition on the roadside.

On Monday, a Black Lives Matter billboard was installed along the thoroughfare thanks to an online fundraiser. According to a GoFundMe post by a user called L C, they started the fundraiser to put a message on an empty billboard located directly next to a Confederate flag erected on private property. Since the page was started in mid-June, more than 200 donors have contributed to the effort.

The GoFundMe surpassed its initial goal of funding to keep the billboard up for six months in the first two days of the fundraiser. As donations near $10,000, the organizer now says they have funds to pay for another six months of its Black Lives Matter message. They also said excess donations will go to supporting a scholarship fund called CORE, which works to address racial equity in Chatham County.

According to the initial post on the fundraiser page, the effort was inspired by seeing how many Confederate flags line that stretch of U.S. 64.

“Pittsboro, North Carolina is a close-knit small town filled with kind hearts, artists, farmers, families, and a community that is here to change the world for the better,” wrote the initial organizer. “Those confederate flags do NOT represent who we are as a community. It is important for us now more than ever as a community to show our support for #BLACKLIVESMATTER, with that message on a billboard that is counter to the confederate flags next to it.”

Along with Black Lives Matter, the billboard reads ‘Paid for by RREPS & Emancipate NC.’ According to the GoFundMe post, the addition is required by the billboard company as a disclaimer for who paid for the message.