Municipalities Team Up To Support Living Wage Businesses This September 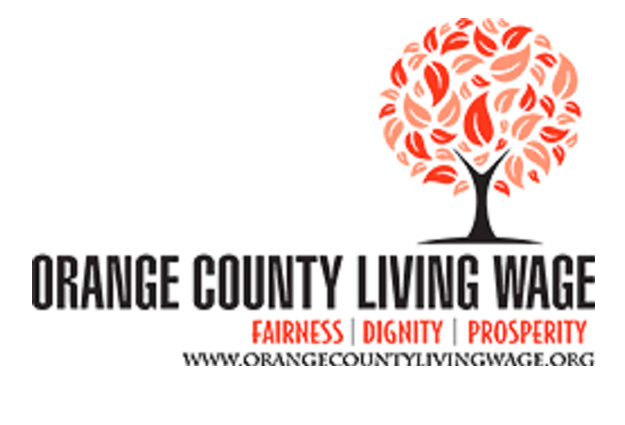 A non-profit that certifies Orange County businesses that pay their employees a livable wage, Orange County Living Wage, has teamed up with Carrboro and other nearby municipalities to show support to these businesses.

Chair of the steering committee for OCLW, Susan Romain, said the holiday served as a kick-off for a month-long campaign in September to encourage customers to support living wage certifies businesses.

“I’m thrilled with the leadership with the Town of Carrboro, the town of Chapel Hill, the town of Hillsboro as well as Orange County. All of these municipalities are issuing Labor Day as Living Wage Day proclamations. And really these proclamations are a way of saying, ‘on Labor Day we typically celebrate the contributions of the American worker, here in Orange County we can also be celebrating this growing roster of employers who are really affirming the value of their employers by paying them a living wage,” said Romain.

OCLW defines a living wage as the minimum amount that a worker must earn to afford necessities like food and shelter without public or private assistance.

OCLW considers $13.15 an hour to be a livable wage in Orange County.

Romain says Carrboro and towns like it are setting the bar and that more businesses are beginning to follow in their footsteps.

“Both public school systems, Chapel Hill, Carrboro and the Orange County public schools are on board, OWASA is onboard. But we also have lots of private employers including restaurants, hair salons, automotive shops, coffee shops, breweries and we have a long list of non-profit organizations that are on board as well,” said Romain.

Carrboro auto repair shop, Auto-Logic, is among the businesses certified by OCLW and has been providing a livable wage to employees since they opened thirty years ago.

“It helps me provide a good home for my family, and helps put food on the table, obviously. It gives you a sense of comfort knowing that you aren’t going to have to struggle each week with a less than adequate pay,” said Fader.

Fader says having a living wage makes his mechanics remain honest about required services, since his mechanics are assured that they will be receiving a paycheck regardless of the amount of repairs made.

Founder, CEO and head brewer at Mystery Brewing in Hillsborough, Eric Meyers, is also certified and says paying his workers a living wage is important so that his employees can support the local economy.

“I think it’s really important from a community stand point that everybody gets paid a living wage because that way we are keeping all of that money local. Whether that’s buying local goods or paying for local services just making sure that everybody is fairly compensated in our community makes our community happier, and safer, and healthier and more prosperous,” said Meyers.

Romain says a living wage has multiple benefits for the community.

“The idea of a living wage just makes sense on so many different levels. With Labor Day again being our kick-off I think it’s an opportunity to realize that a living wage; number one: it’s going to be of course good for employees in terms of lifting many of these employees out of poverty, number two: so many of our business owners say that it helps the attract more skilled employees, and it helps to keep employees on the job when they get there. You pay people well and they want to give back and contribute to that business as much as possible,” said Romain.