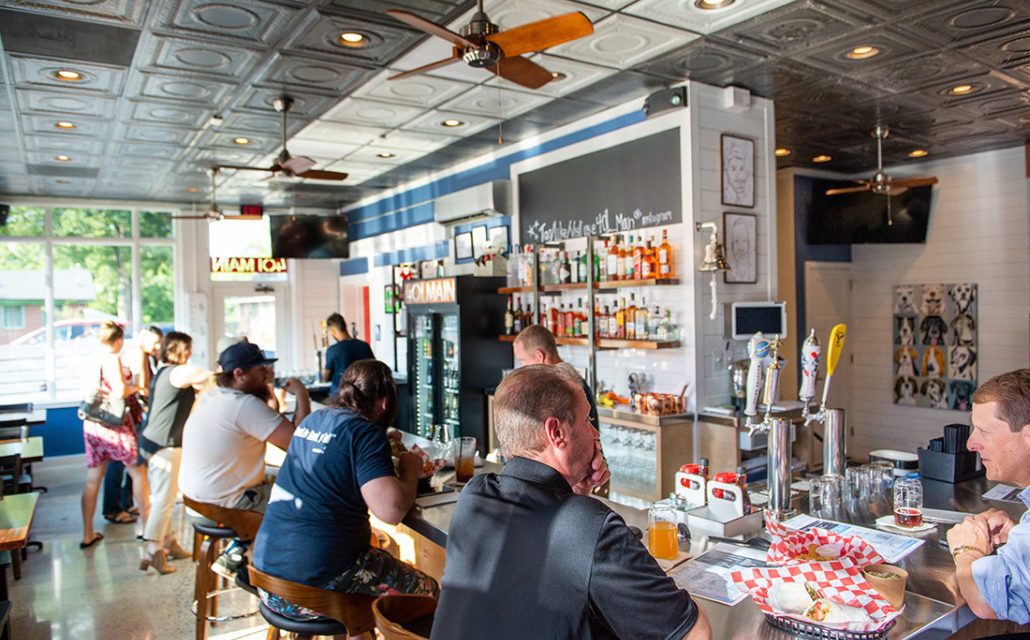 Ownership of the Carrboro bar 401 Main revealed it is aiming to end its relationship with Al Bowers, the founder of Al’s Burger Shack.

In a conversation on Monday with Chapelboro, principal owner Chris Baldwin said the bar has had plans to move on from Bowers’ minority ownership since before the events of recent days, with Al’s Burger Shack locations filing for bankruptcy and other local organizations cutting ties.

Two other local organizations moved on from relationships with Bowers over the weekend. The Beer Study brewery in Durham, which had planned an expansion to include an Al’s location in its store, announced on Facebook it has decided to take a different direction from the collaboration. The Orange County Rape Crisis Center also severed its relationship with Al’s Burger Shack, a sponsor of the non-profit, saying public allegations of sexual harassment against Bowers led the organization to cut its ties.

Baldwin also affirmed 401 Main has no involvement or part in the bankruptcy reorganization filed for the three Al’s Burger Shack locations the previous week. He was “blindsided” by the bankruptcy filings and the news helped progress his bar’s plans for a future without Bowers’ in minority ownership.

“I think it all involves a decision [being made],” said Baldwin. “I didn’t know anything about this at all, whether it be bankruptcy or allegations or anything of that nature. I just think it’s best for all for Al to concentrate on [his restaurant] and us to concentrate on 401 Main.”

In terms of what the bar offers, Baldwin assures customers no changes are in the works beyond a recent update to menu offerings.