One on One: Best-Selling Crawdads 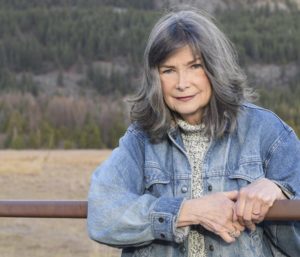 North Carolina likes to be number one — at everything.

We declare ourselves to be “First in Flight,” but it took a couple of Ohio boys to make that happen.

We declare ourselves to be “First in Freedom” based on the May 20, 1775, Mecklenburg Declaration of Independence — a controversial claim that many historians dispute.

We also love it when books written by North Carolinians or ones set in our state become No. 1 best sellers on The New York Times list.

So this year we are bragging about “Where the Crawdads Sing,” a book set in the fictional eastern North Carolina town of Barkley Cove and the surrounding marshes, coves, and ocean waters.

This book by Delia Owens has been on the Times’ list, usually at No. 1, for 35 weeks.

But there is a problem. We will get to that in a moment, after we consider a few things about the book that explain why it has already sold more than two million copies.

“Where the Crawdads Sing” is literary fiction with strong writing and lovely descriptions of nature’s plants and creatures. A compelling murder mystery with an unexpected ending gives readers a superior entertainment experience.

Owens is a fan of  “A Sand County Almanac,” a book of nature-themed essays by Aldo Leopold. She wanted to write a book with a similar nature focus, but one that also has a strong story line.

“Crawdads” is the result. Its success demonstrates that the combination of good writing, a solid story and interesting information about serious topics can be a commercial success.

The book’s central character, Catherine Clark or “Kya,” lives by herself in a shack in the marshes miles away from town. People in Barkley Cove think she is weird, keep their distance, and call her “the Marsh Girl.” She spent only one day in school and cannot read or write. However, because she is smart and diligent, she learns about the nature of the marshes.

She meets Tate Walker, a young man from Barkley Cove. He senses her strengths and shares her love of plants and animals. He teaches her to read and write, and falls in love with her.

When Tate leaves Kya behind to study science at UNC-Chapel Hill, she is devastated. But she rebounds to the seductive charms of Chase Andrews, a town football hero and big shot. Their secret affair is interrupted by Chase’s marriage to another woman, and Kya is again distraught.

Overcoming these disappointments, Kya leverages her reading, writing, and self-taught artistic talents to record the nature world that surrounds her. When Tate, now a scientist, returns to her life, he persuades her to submit her work 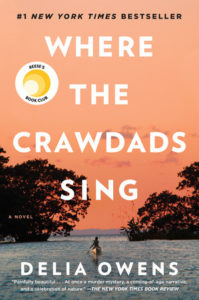 for publication. That book is a great success, and she writes and illustrates several more.

All this is background for the story that begins on the first pages of the book. Chase Andrews is found dead at the bottom of an old fire tower. Kya is a suspect and is ultimately charged, arrested, put in prison, and tried for Chase’s murder.

The author’s deftness in setting up this situation, and resolving it smoothly, has helped make it a best seller. “Crawdads” gained the attention of beloved actress, Reese Witherspoon. Fox 2000 has acquired film rights and plans for Witherspoon to be the producer.

We can hope that the movie will be shot in North Carolina. But here the book’s problem jumps up. The geography described in the book, with palmettos and deep marshes adjoining ocean coves, seems to fit South Carolina or Georgia coastal landscapes better than North Carolina’s coastlands.

Nevertheless, whatever the moviemakers decide, North Carolinians can bask in the reflected glory of a No. 1 best seller that claims our state for its setting.