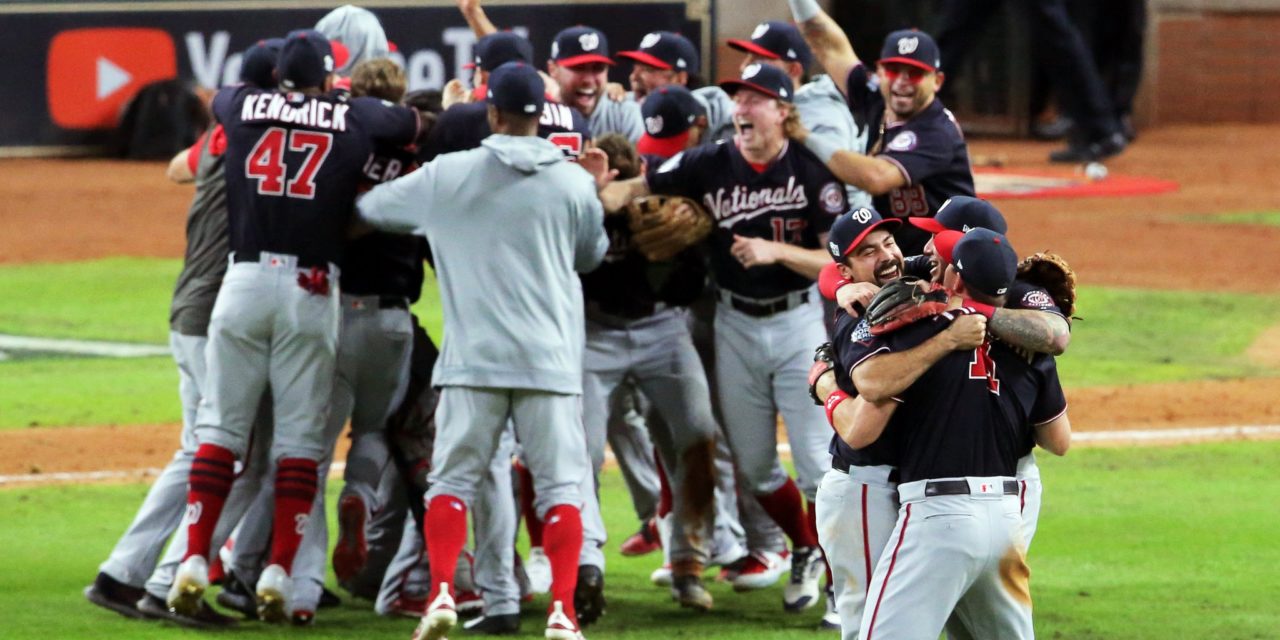 It was just before midnight when Cinderella showed up like never before.

The Washington Nationals won the World Series in a way no one would believe. The team that began the regular season with a 19-31 record rallied to make the playoffs as a wildcard after winning the National League East in 2012, 2014, 2016 and ‘17. But 2019 was to be the charm.

The biggest underdog in World Series history at 14-1, the Nats took their fans and all of us who jumped on the baseball bandwagon on a roller coaster ride for the ages. They are the first team to ever win four World Series games on the road, and did it against the heavily favored Astros in Houston; they trailed in the last two elimination games of the Series, including pressure-packed Game 7 while behind 2-0 and being one-hit through six innings.

In the last three innings of seven World Series games, Washington scored 21 runs compared to just 12 in the first six innings. Aptly named for being in the Nation’s Capital, they could also be called the Washington Never-Quits. Their mish-mash lineup had 20-year-old wunderkind Juan Soto, 36-year-old Howie Kendrick and Ryan Zimmerman, very first draft choice of the Nationals 14 years ago.

They had players who have been plagued with injuries, like Series MVP Stephen Strasburg, who beat Houston all-star pitcher Justin Verlander twice, and Wednesday night starter Max Scherzer, who fought neck and back strains through six innings and held the Astros to two runs until the comeback kids started their final rally with another home run by Anthony Rendon. By the ninth inning, they were still scoring and broke open the 6-2 victory.

They had won the first two games in Houston with late flurries and went home for three games, hoping to wrap up the Series there. The fans booed the President in Game 5 but could have been booing their own team, which lost all three and was outscored 19-3. Back to Houston, down three games to two.

Behind late in Games 6 and 7, Strasburg ended up beating Verlander again and Scherzer kept the Nats in there until their magic bats came alive. Winning four road games of the World Series will never be duplicated and will put an asterisk next to their name forever.

The first World Series and champions for a franchise that moved from Montreal, the Nationals have returned pride in baseball to Washington, which had the Senators for 60 years and finished in the basement of the standings their 11 years there before fleeing to Minnesota, having left behind the slogan, “First in War, First in Peace and Last in the American League.”

The new Nats go home for a parade that everyone in Washington can attend and cheer. The only question remains, will they visit the White House?