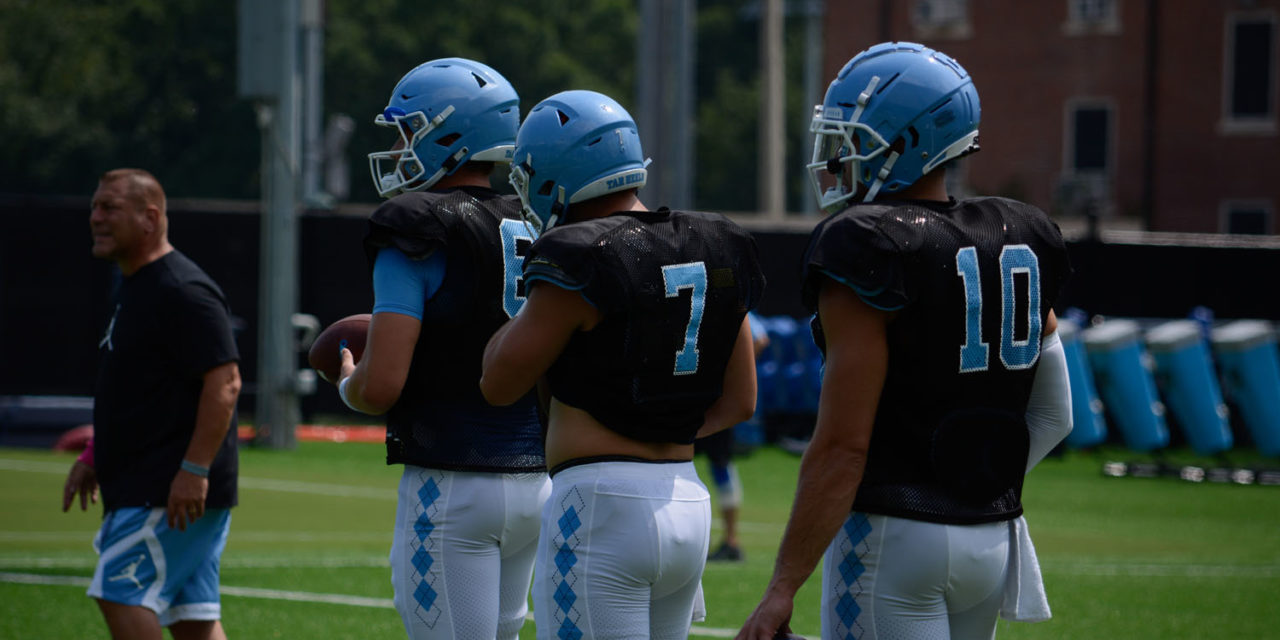 Starting a freshman quarterback doesn’t matter for UNC now, does it?

When Mack Brown announced freshman Sam Howell would be running the first team offense as the time clock to the opener against South Carolina begins to tick, what does he have to lose?

Howell is a true freshman who was playing high school football when redshirt frosh Cade Fortin and Jace Ruder were struggling to move the ball in Larry Fedora’s last offense at Carolina. And it was a different offense than the Air Raid attack of today’s Tar Heels.

Brown says he wants more leadership from his offense and that starts with the quarterback running the huddle and calling the signals. Howell did that well enough at Sun Valley High in Monroe, NC, to earn a scholarship at Florida State. Meanwhile, Fortin and Ruder have bad memories to erase with other returnees.

Fortin played in four games, completed under 50 percent of his passes and had one TD and one interception before he was injured and kept out long enough to preserve his freshman status moving forward. Ruder played in one game, hit 4 of 5 throws one for a touchdown before he was lost for the rest of the season.

Apparently, neither got enough experience to get a leg up on Howell during spring practice or first two weeks of training camp. And Brown has the failsafe philosophy of having played two QBs with success for most of his first 10 seasons in Chapel Hill.

The other advantage Howell has, though probably negligible, is that South Carolina has not seen him play on tape in a college game. The Gamecocks have a little data on Fortin and less on Ruder, but still something to spot some tendencies they can prepare for even if it is a different offense.

Most important, for starters, is the optics. Fedora’s last two teams were abysmal with execution that cost Carolina sure wins against Virginia Tech and Syracuse, if not a couple of other games. It’s a new regime for the Tar Heels, and a reboot for Brown, so why not start the kid with the glitzy reputation and swagger Brown once likened to Brett Favre?

One good thing Fedora did for the program was leave behind a bevy of running backs that could keep the game plan on the ground long enough to make the defense cheat up on Howell, who then might find some open lanes in the passing game and some confidence.