Chansky’s Notebook: ‘Be The One’ 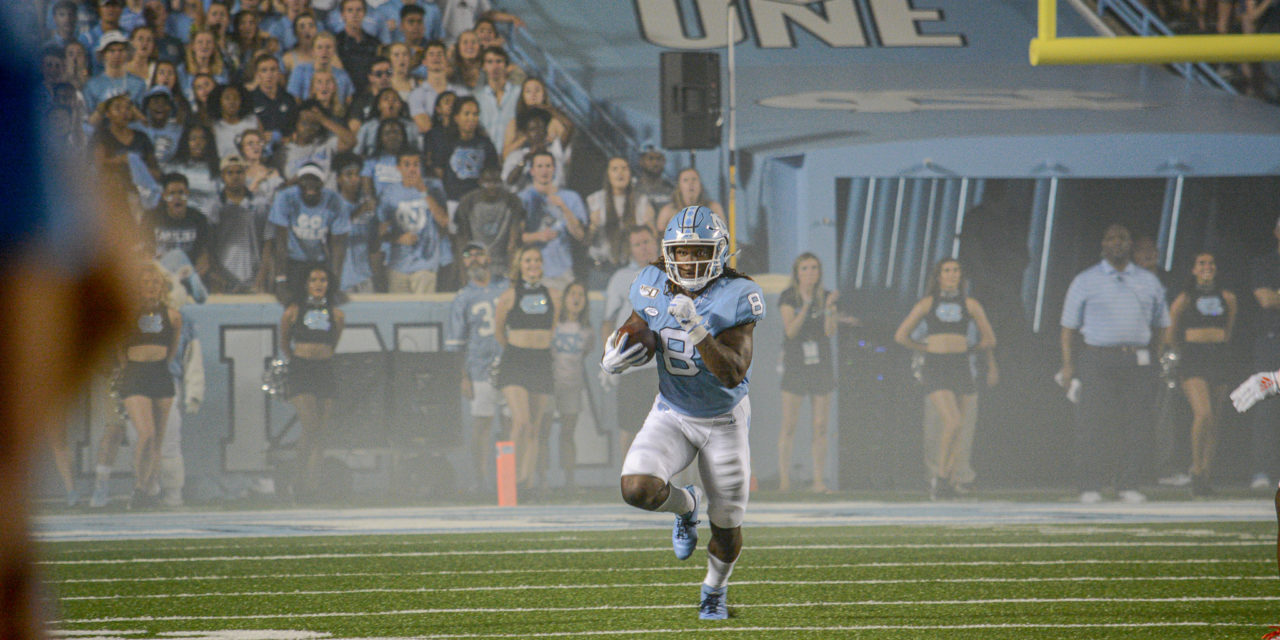 Is that Miami game still ringing in your eyes or ears?

Due to the ACC Network still being a work in progress, we had several ways to follow Carolina’s classic win over the Hurricanes in Kenan Stadium Saturday night.

Best bet, of course, was to be there. The game sold out after the Tar Heels stunned South Carolina in Charlotte the week before. Since the capacity of Kenan has been reduced by more than 10,000, the supply-and-demand made it a very tough ticket, and to those who were it felt like the football version of a rock concert.

If you get the ACC Network on one of the carriers, the biggest difference in watching Tar Heel home games is the absence of an eye sore – a distinct lack of empty silver bleachers that glared from across the field on sunny Saturday afternoons. With every one of the new blue chair backs occupied, the stadium had a completely different look.

If neither a ticket nor a telecast was available, you may have listened to Jones Angell’s electric call on the Tar Heel Sports Network. Jones has had some great moments since succeeding the legendary Woody Durham (think Giovanni’s punt return against N.C. State), but this game may have topped his list of thrills to date.

Noticeably different in Kenan besides the first authentic full house in years was the Michel Jordan mystery quote “The Ceiling is the Roof” on the canopy over the Tar Heels home tunnel replaced by Mack Brown’s slogan of the season “Be The One.” That has many meanings – from making the play of the moment, to challenging the team to finish first, to be UNC’s next No. 1 pick in the NFL draft.

At the other end, the Blue Zone still showed some empty seats since many of those privileged characters continue watching the game from inside the club areas. Here’s an idea: shut off the TVs during the game so everyone has to come out and watch in person.

New video board graphics ranged from the Simba Cam with the Lion King cartoon character asking students to do their own imitation, to SHAKE THE BRICKS on defensive third downs now accompanying the bells in the background.

Personally, I can do without the hard-hitting highlight film to start the fourth quarter because there are so many head-to-head hits, it could be called the Concussion Cam. But by all means, keep lighting the Bell Tower blue after wins. That is absolutely awesome.