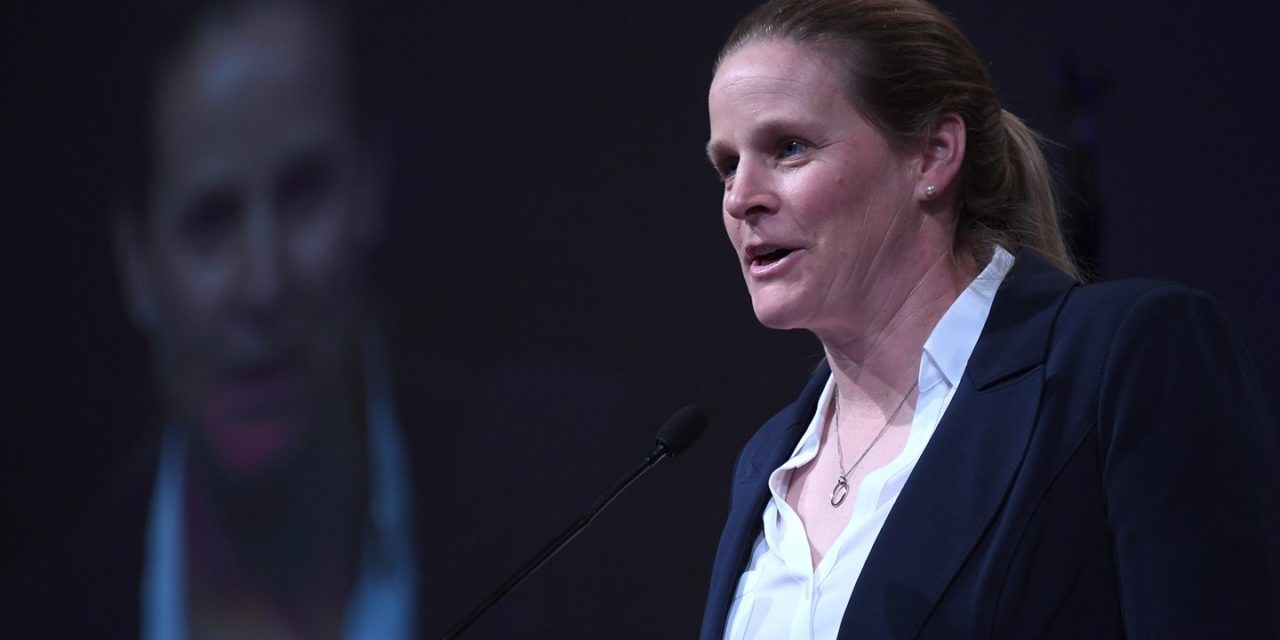 Cindy Parlow wasn’t looking for the job; watch out now that she has it.

One of the most decorated UNC women soccer players had such a successful career after she left Chapel Hill that when Carlos Cordeiro was forced out as President of the U.S. Soccer Federation, Parlow was the obvious choice to step in as the first woman CEO of soccer.

You can say Parlow had the chops for a lifetime in sports when she met Anson Dorrance as a 13-year-old after the inaugural Women’s 1991 FIFA World Cup in China. She immediately told her mom, “I’m going to play for that man someday.”

Four years later, she graduated from high school early to join the Tar Heels and became the second most honored player among Dorrance’s galaxy of stars. A four-time All-American who led Carolina to three NCAA championships, two-time Herman Trophy winner as the best woman soccer player in the country (matching Mia Hamm’s feat) and the 1999 ACC Athlete of the Year.

Parlow won two Olympic gold medals and one silver and was on the famous 1999 World Cup team that won the gold at the Rose Bowl in front of 100,000-plus fans. She returned to UNC on Dorrance’s staff for five seasons and retired after two years of playing pro.

At 41, the 5-foot-11 power figure takes over a U.S. Soccer organization that is always in the headlines, not all of it good. The women remain spectacular in Olympic and World Cup play, but a recent controversy is over their compensation compared to the men.

The court ruling that men deserve more money for a set of absurd reasons has not been accepted by Parlow, who has picked apart the decision and has hired a famous law firm to help her fight back. As on the pitch, don’t bet against her.

Reflecting on that early decision to play for Dorrance, she said, “I wasn’t really your typical teenager; I was very intense and very focused. I definitely wasn’t an adult when I was 17, but I felt like coming to UNC was a great decision for me in all aspects because I was fully supported to become a better soccer player and a better person.”