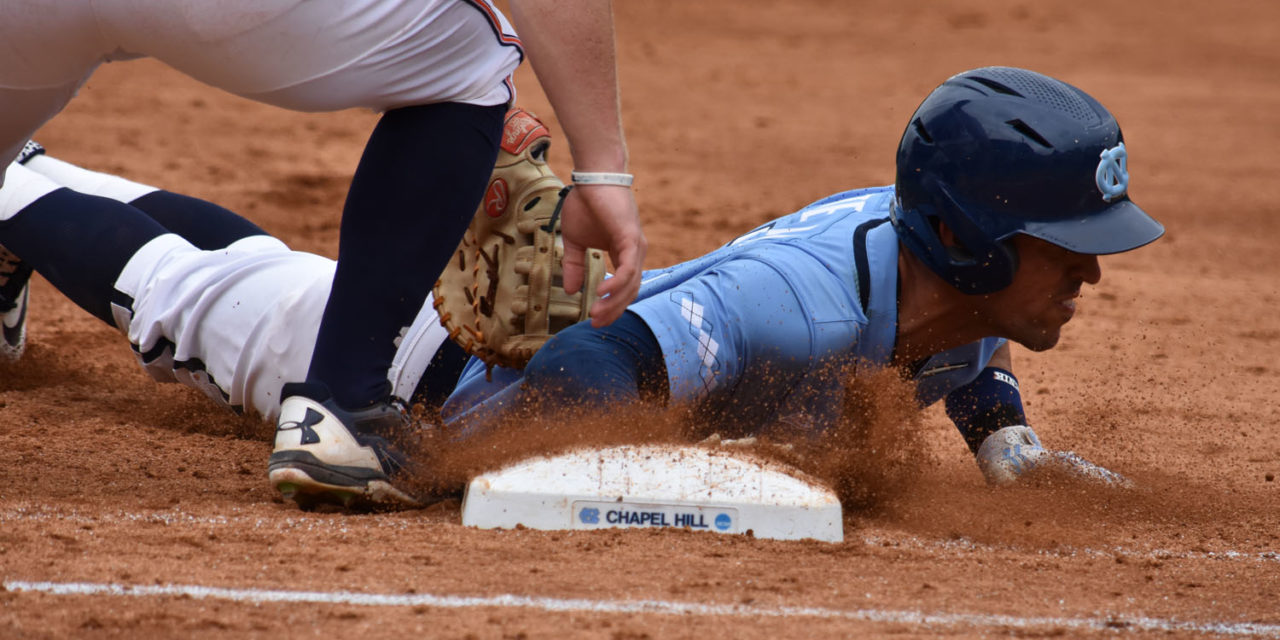 Who has more pressure in Game 3, Auburn or Carolina?

Before answering that question, I must side note to Vanderbilt pitching a no-hitter against Duke Saturday in Nashville.  I went to the GoDuke website, and saw the headline “Duke Falls in Pitchers’ Duel to Vanderbilt, 3-0.” Oh, Yeah.

School sites are promo organs, always trying to show the best side. But the name of Vandy’s pitcher who fanned 19 Dukies, and it being the first no-no ever in the NCAA Super Regionals, was in the third paragraph. That the pitcher was 18 and a freshman, omitted.

I wondered whether getting no-hit in record fashion would put more pressure on the Blue Devils in their do-or-die game Sunday, and I guess so since Vandy won 13-2. So, who will be affected more by what’s happened between Carolina and Auburn?

The Tar Heels have led both games into the eighth inning. A pitching implosion allowed the Tigers’ to score 9 runs in their last two at bats Saturday and win 11-7. UNC came back with a pitching gem Sunday in the 2-0 victory. What’s in the head of both teams?

The Bosh is obviously a huge home field edge, but Auburn made it to Chapel Hill by walking off a victory at Georgia Tech in the regional round. The Tigers, who haven’t been to the College World Series in more than 20 years, have had a terrific season, so getting this far should be enough for now.

That, ironically, puts the pressure on Mike Fox’s club, because falling short of the College World Series is always a disappointment in Chapel Hill since the Diamond Heels began going regularly. Auburn can play fast and loose, Carolina might be tight since it has the favorite’s role playing at home.

Weather could also play a factor if it washes out today’s game, perhaps more help for UNC, which has used eight pitchers in the series, including Austin Love twice, compared to Auburn’s 6.

Rested arms are a real advantage regardless of who Fox starts and how long he will go in the game. By comparisons to past great UNC teams, this is merely a very good one. Despite winning 46 games, it has lost 18 and looked beatable other times.

But at home, the Tar Heels should win and move on, unless of course Auburn throws another ho-hum no-hitter.