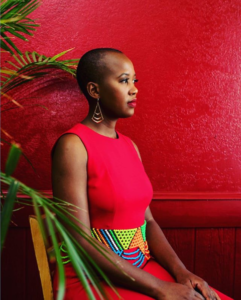 Zweli’s Piri Piri Kitchen – named for the piri piri pepper, a variety of chili pepper native to Africa that is sometimes referred to as a “bird’s eye chili” – might be the only Zimbabwean restaurant in the United States. According to chef, co-owner and namesake of Zweli’s, Zwelibanzi Williams, it’s a staple in the cuisine that most reminds her of home.

“[Piri piri is] grown in most countries in Africa and it is literally found in a lot of people’s backyards,” said Zweli Williams. “It’s a chili that when you’re about to eat dinner, you just walk behind your house, into your garden, and you pick up one of those and you just crush it in your plate.”

Williams grew up in Zimbabwe, attending high school there before moving to the United States to attend college at North Carolina Central University. She began her culinary career as a caterer, but her skill in the kitchen is now accessible to anyone who wants a taste of traditional Zimbabwean food as she and her husband, Leonardo Williams, have invested in their first brick-and-mortar location. 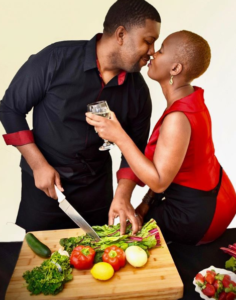 “When she stepped out and actually started catering, she went from door to door in Raleigh, knocking on law offices and dental offices and houses,” said Leonardo Williams. “Just anybody, saying ‘hey, I can make delicious food. Give us a shot, here are samples.’ Before you knew it, 18 months later, the catering operation had gotten so big that we were not sleeping at night. We were cooking overnight … I eventually just stepped out and said ‘you know, let’s open a restaurant.’”

Zweli Williams has been recognized as a “woman to watch” by the NC Women’s Summit, her restaurant currently holds 4.5 stars on Yelp and she has been spotlighted on ABC 11’s “Small Business Saturday,” featured in The Indy Week and suggested as a “must-try” by Bull City Bites.

“My passion was always food,” said Zweli Williams. “Even from back home, when I was very young. I remember when I was 14, I was coordinating my aunt’s wedding. I was doing the catering, so I just always had a knack for, for good food … I felt like food was my art. So I wanted to present it in the best way possible.” 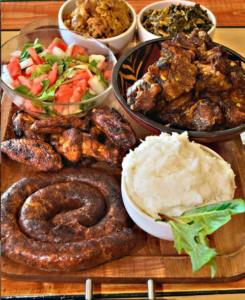 From the signature Piri Piri chicken, seasoned with a homemade marinade and grilled over flame, to spiced collard greens with Zimbabwean peanut butter, the menu at Zweli’s is as varied as it is unique. Vegetable samosas and fried curry cabbage are side-by-side with oxtail and boerewors – a type of South African sausage.

You can listen below to Zweli and Leonardo speak with WCHL’s Aaron Keck about their restaurant and the road that led them to opening Zweli’s, and watch here to see Aaron Keck and Aaron Hall work their way through a tasting menu of Zimbabwean cuisine live on the air!