One on One: What Happened to Virginia Dare? 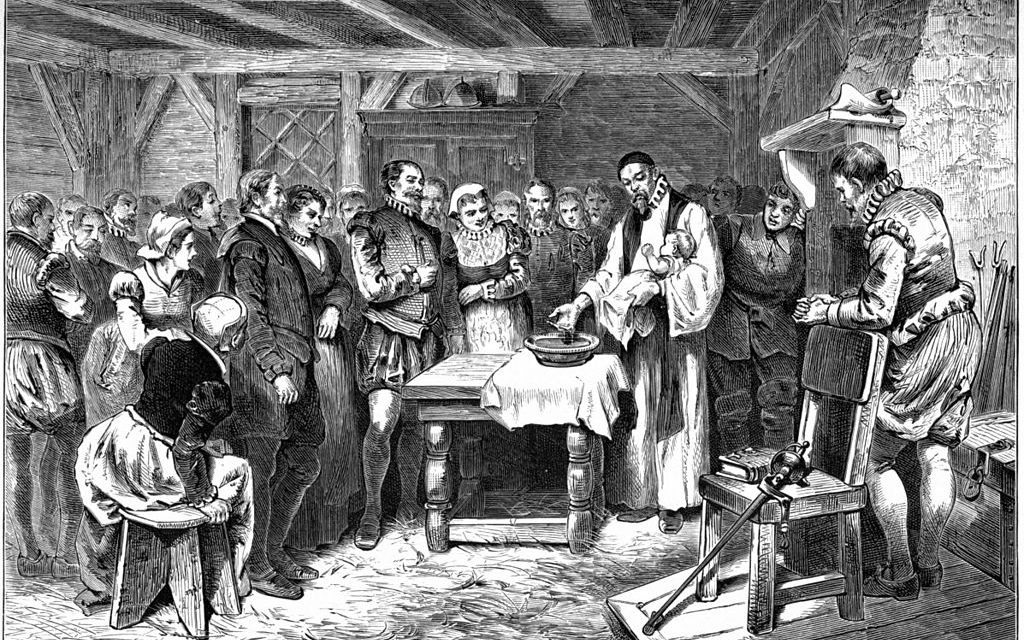 What really happened to Virginia Dare, the first child of English parents born in the New World? The same Virginia Dare whom I suggested recently belonged on “The World Almanac’s” list of famous North Carolinians. 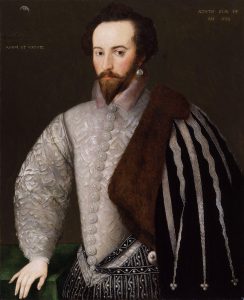 A few weeks ago, I wrote about Sir Walter Raleigh’s organization and establishment of the colony on Roanoke Island as described by Andrew Lawler in his book, “The Secret Token: Myth, Obsession, and the Search for the Lost Colony of Roanoke.” He called the expensive and intricate preparations for the colony “the Elizabethan equivalent of the Apollo program.”

In July, 1587, the colonists arrived on Roanoke Island led by its governor John White whose granddaughter, Virginia Dare was born on August 18. A few days later, White sailed to England for much-needed supplies. When he finally returned in August 1590, the colony had disappeared, leaving only a carving of “Croatoan” on a tree as a possible clue.

There are a lot of answers to the question of what happened to Virginia Dare, her family, and their fellow colonists. Most are legends. Some say Virginia Dare grew up into a lovely young woman and was transformed into a white doe, an animal that still haunts coastal North Carolina. Another story says she and other colonists made their way to Robeson County where some locals will show you her burial site near Red Springs. 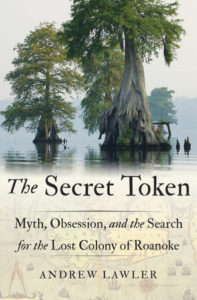 In “The Secret Token,” Lawler gives a history of the developing interest in Virginia Dare and the Lost Colony. After her baptism certificate in 1587 there was no public mention of her until 1834. In that year, Harvard trained historian George Bancroft published his influential “A History of the United States.” Lawler writes, “It is difficult to overstate his impact on the way we see Raleigh’s colony today.”

For Bancroft, the colony was “the germinating seed” for our country and its institutions, “just as important as its revolutionary coming of age.”

Lawler writes that for Bancroft, “Roanoke was, in essence, the nation’s humble Bethlehem, and Virginia Dare was its infant savior destined for sacrifice.”

Bancroft’s version sparked an explosion of writing and activity around Virginia Dare. In the 1890s some white supremacy organizations adopted her. Lawler writes, “Roanoke Island emerged as a pilgrimage site for Anglo-Americans seeking to reaffirm their racial dominance at the annual celebration of Virginia Dare’s birth.”

According to Lawler, Chatham County author of “Searching for Virginia Dare,” Marjorie Hudson, takes a different and less exclusive path. She writes that Virginia Dare “is the archetypal mother, a source, like a great river of strength and blood for descendants of a convergence of two great peoples.”

Lawler chronicles efforts to learn where the colonists, if they survived, went. To Croatoan, now a part of Hatteras Island? To Site X, a place marked under a patch in a map drawn by John White, located where the Roanoke River flows into the Albemarle Sound? Or to the Chesapeake Bay near where the Jamestown Colony settled and where Powhatan, the local Indian king, massacred them?

Or near Edenton, where in 1937, a California man said he found a large stone? It was inscribed with a message from Virginia Dare’s mother, Eleanor, to her father, John White, reporting the death of her husband, her daughter Virginia, and other colonists. Lawler’s account of this probable fake “Dare Stone” is almost as interesting as the story of the colonists told by Harnett County native and Pulitzer Prize winner Paul Green’s outdoor drama, “The Lost Colony.”