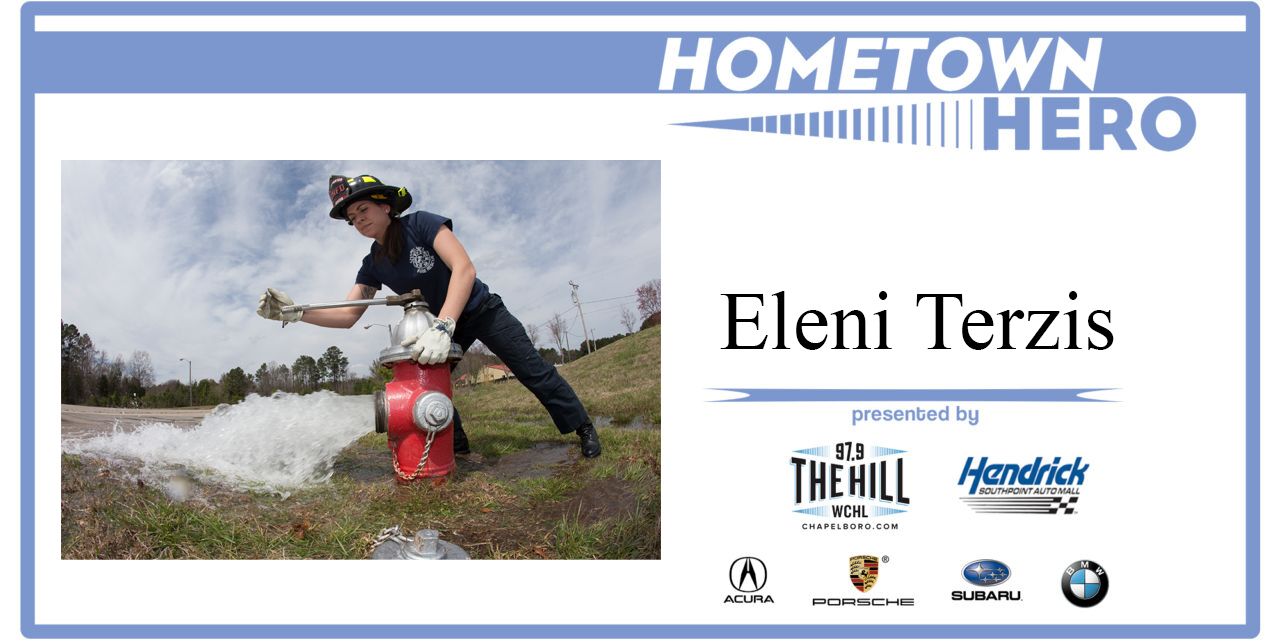 This week’s Hometown Hero, presented by Hendrick Southpoint, is Chapel Hill firefighter Eleni Terzis — who was recently appointed a captain within the fire department.

“She lost her mother shortly after she became a firefighter in Chapel Hill, so some people kind of took her in there, like our adopted daughter. I just watched her growth from firefighter all the way out to captain.”

Cherry said Terzis stepped up in a big way when fellow firefighter Jimmy Lambert and his wife, Tracy, died from cancer.

“[Jimmy’s] wife got diagnosed with stage four terminal cancer,” said Cherry. “She passed away and Jimmy started with a little tumor in his leg. Everybody thought everything was gonna go good, got the tumor out.

“The next thing you know, it had done spread throughout his body. So Laney stepped up and set up the meal trains and organized that for whoever wanted to sign up, to deliver meals for him.”

Cherry said Terzis is an inspiration for the children of the Chapel Hill community because she came up through the Chapel Hill-Carrboro City Schools System, worked as a firefighter, and made it all the way to the rank of captain.