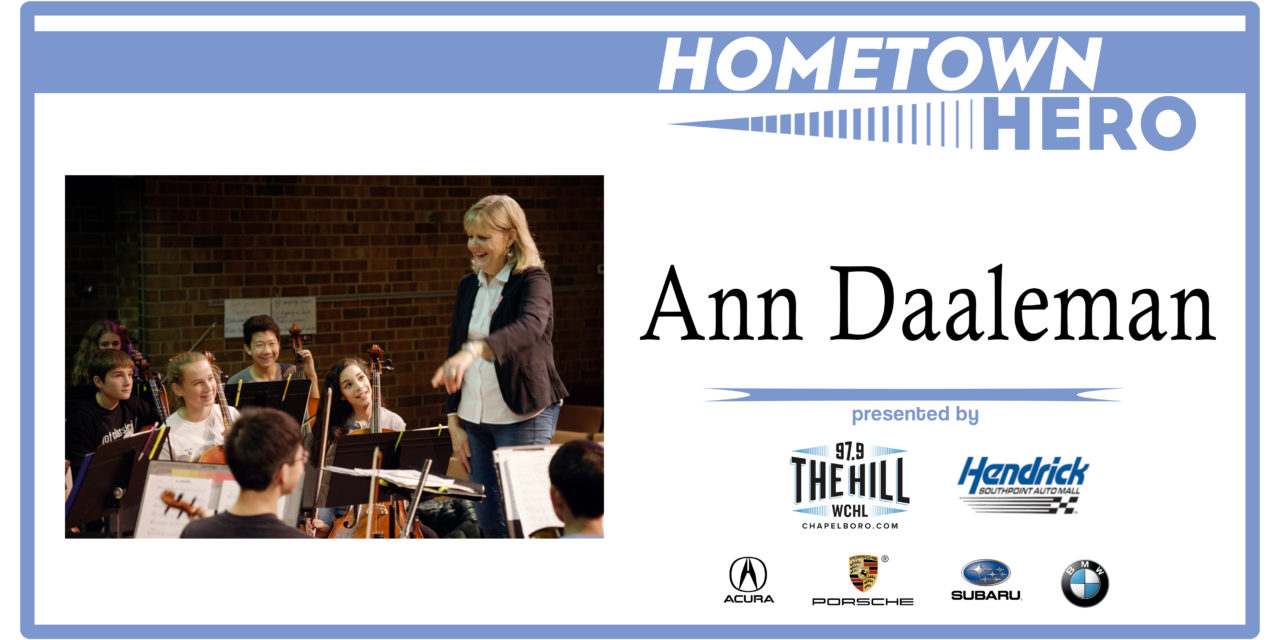 Daaleman is stepping down after a long career as the orchestra teacher at Phillips Middle School, but that description is just the tip of the iceberg.

“She never stopped learning,” said Jamezetta Bedford. “She was always getting better and better as an instructor. So she’s a model for our other teachers.”

Bedford is an Orange County Commissioner, but previously served as a school board member and has seen firsthand Daaleman’s commitment to providing students with an opportunity for music education.

“Ann took it upon herself to get donations of instruments, get refurbished instruments, get local music shops to offer really cheap and donate some rentals for the year,” Bedford said. “It’s a lot of extra work for teachers, but they did it.”

James Barrett is another former school board member who has seen Daaleman’s work with her students.

“She’s creating lifelong skills and lifelong interests in music and learning that is just phenomenal,” he said.

In addition to her work in the classroom, Daaleman created a mentorship program at Phillips where students who graduated could come back and teach those that were still there.

“Personally, Ms. Daaleman has been the best teacher I’ve ever had,” Welsby said. “She is an inspiration to me and has led me, and I know many others, to love and pursue music further. She’s really just been the most caring teacher that I’ve ever had just by her general kindness, but also the amount of effort that she puts into every one of her students to allow each student to really get out as much as they can.”