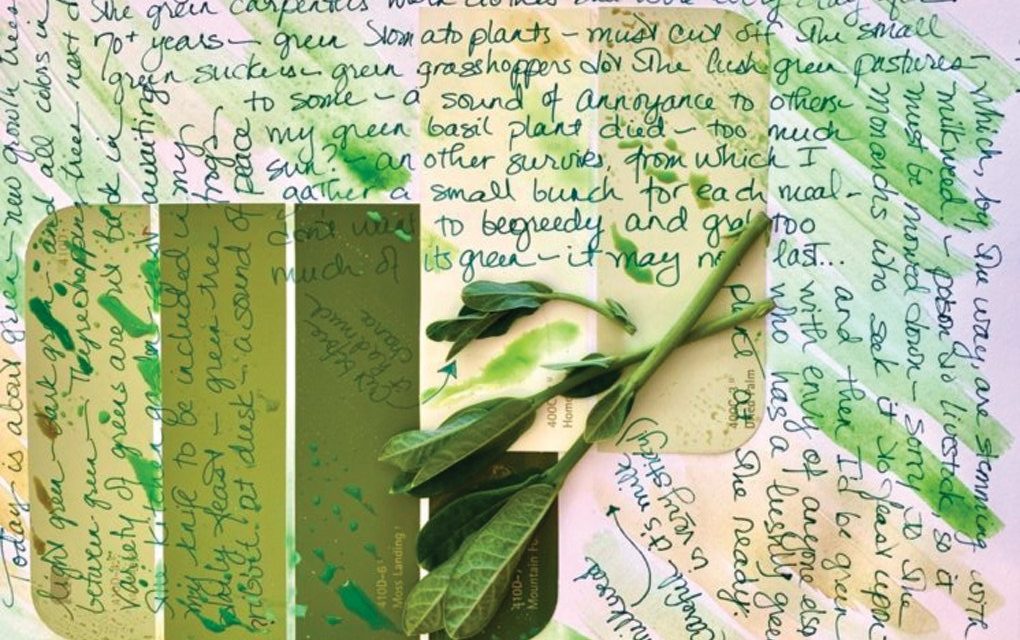 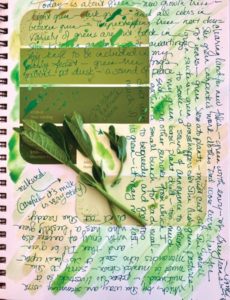 This collage, ‘Stream of Green Consciousness’ by Barbara Hengstenberg is an example of the kind a creativity she hopes to spark with her Bynum Front Porch virtual series.

The Bynum General Store and Front Porch will launch a virtual series this October geared toward engaging students, parents and the community at large to explore their own creative sparks.

The series is made possible because of a $7,765 Community Challenge grant from the American Association of Retired Persons to expand the Bynum General Store’s ability to do storytelling and performances virtually.

The Bynum General Store, located just north of Pittsboro, applied for the grant in order to purchase technology to enhance virtual offerings. The grant request, written by Cynthia Raxter, a storyteller at the Bynum General Store, noted that this connectivity is especially important during COVID, but also expressed an interest in expanding reach long-term.

The first project to result from that investment is “Creativity Sparks,” an online series of 12 episodes geared toward fun activities that will allow children and parents to “dig deep and learn about themselves,” according to series host and creator, Barbara Hengstenberg.

Hengstenberg is a former elementary teacher and current curator of the wildesart.com website, an online gathering place for creatives with interviews and blogs with artists and musicians. Hengstenberg said that she had been thinking about doing something to give back to teachers and students in the community a few weeks ago.

“Literally that afternoon, Cynthia (Raxter) reached out to me and asked if I would do a series,” Hengstenberg said.

Hengstenberg said the purpose of the series is to help people get to their creative core, that place in each person that comes out when we do art or write. She said many of us squelch down that creative core that she said we all have. The goal is to help viewers tap into it.

“It can be intimidating,” Hengstenberg said. “That’s the thing that happens to so many of us when we’re attempting to do art because it’s not perfect. Perfection can be boring. Don’t be afraid to try something and experiment. Somebody may have a negative comment — too bad. That’s their negative comment. This is about people putting aside their imperfections.”

Each of the 12 episodes will have a different theme and activity. Though geared for younger audiences, Hengstenberg said they can be equally gratifying for adults. For example, in one session, Hengstenberg will walk the audience through doing a self-portrait. It begins with an outline of the back of your head. Then the viewer is asked to think about all the things that are important to them and draw them out very quickly. Then the viewer can write about their thoughts or draw them out in a more creative way. Hengstenberg said the point is to think about what you value.

Another session will have the audience sketch out a map of a place that’s important to them, maybe a bedroom or a school. Then they will sketch out all the things in that space that make it special to be the inspiration to write, draw or paint. Hengstenberg said this activity can also be a powerful way to evoke memories, giving an example of an adult using their childhood home as a muse. 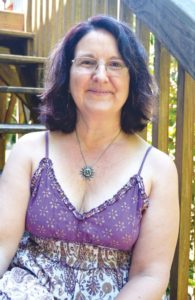 “It’s really for anyone, but the focus is probably going to be students because thats who i’m hoping to help right now,” Hengstenberg said. “And their parents so they have something educational to supplement what their learning — help their writing, help their art, help their creativity. It’s simple enough for a kid to do it, but not simplistic enough that a parent wouldn’t want to do it too”

The series will be hosted on both the www.bynumfrontporch.org  and www.wildesart.com  websites as well as on social media beginning in October. It will also include music from local artist Stephan Meyers, who goes by the name Breadfoot, rounding out the community effort.

“I think it’s a way we can reach some kids to add onto their education which I know is so crazy,” Hengstenberg said. “They can put aside their imperfections and find a way to create some happiness during these unsettled times.”

For more information visit the Bynum General Store and Front Porch website at www.bynumfrontporch.org or email Hengstenberg at wildesart@gmail.com.