Flavor of the Week: Coronato Pizza 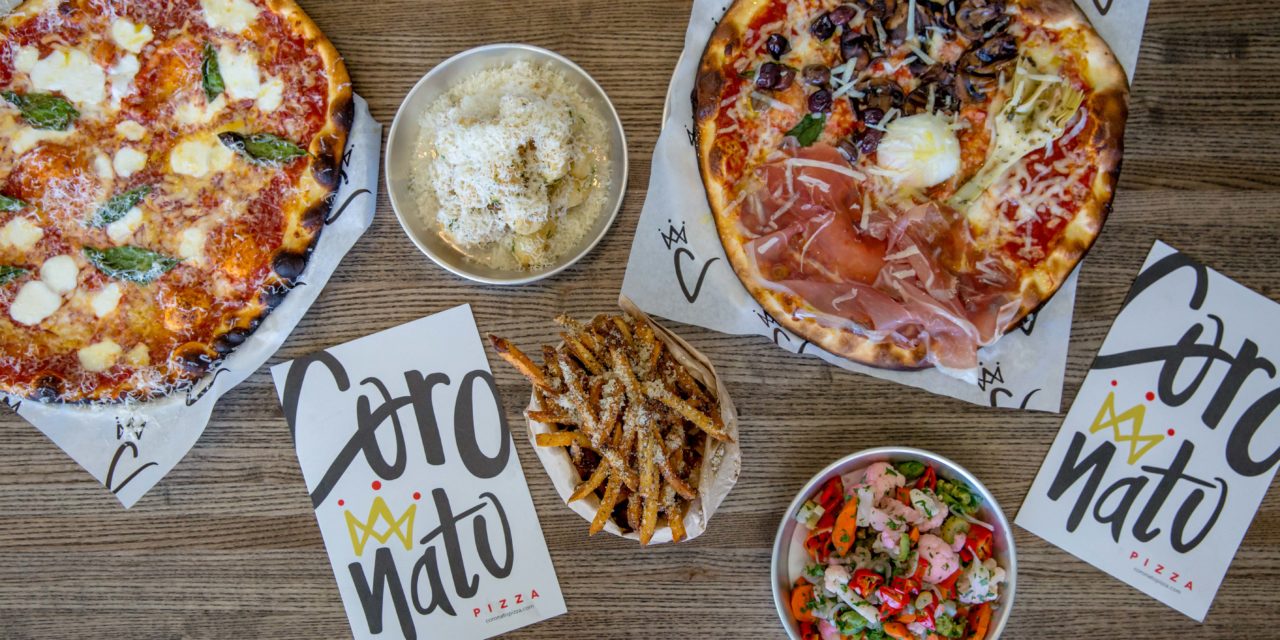 After a long journey of cooking that began in high school, Teddy Diggs — head chef and owner of Coronato Pizza — is happy to be in Carrboro.

“I’ve been cooking my entire adult life,” Diggs said. “When I graduated high school, I went to Culinary Institute of America right away.”

As soon as he graduated, he got his industry start in Washington, D.C., cooking in high-profile Italian fine dining restaurants.

Diggs has cooked private dinners for celebrities, and even President Barack Obama. He’s also cooked at James Beard fundraising dinners and had the chance to cook with some of his childhood heroes, such as Emeril Lagasse. After about 10 years, he moved to Martha’s Vineyard to run some restaurant groups.

Five years later, he came to Chapel Hill to run the food and beverage program and serve as the executive chef at the Siena Hotel and Il Palio restaurant. He left to open Coronato.

“Pizza for me is like a great passion,” he said. “I have a family of two little girls, 11 and nine. One thing we’ve always liked doing, since they were teeny little girls, is having a family pizza night, and it’s really something that kind of brought us together as a family.”

When the time came for him to open his own restaurant, Diggs said he was going to do something more upscale and pasta-driven.

“I realized that I needed to do something that was fun, energetic, and really spirited with my family in mind,” he said.

Coronato opens at 5 p.m. for dinner every day, but the team comes in every morning to make pizza dough and prepare the ingredients.

“A pizza dough takes 24 hours to produce,” he said. “We use a natural live yeast, and the pizza dough gets produced every morning and sits for 24 to 36 hours before it’s baked in the oven.”

Coronato tries to use ingredients from local farms – for example, the flour comes from Lindley Mills in Graham. Some ingredients are imported from Italy, of course — like the parmigiano reggiano cheese, prosciutto di parma, aged balsamic vinegar and extra virgin olive oil.

Diggs’ favorite pizza at Coronato is the Capri Josiah, which he says is a strictly Roman pizza.

The Classico, their spin on a margherita, is popular, as well as their Americano that Diggs said has a Roman-style dough crust and high quality pepperoni.

Diggs goes to Italy almost every year to travel and research as well as discover different kinds of foods in the different regions.

“The more I visited, the more I really loved their food culture, especially the pizza and pizzeria cultures there.”

Unlike the pizza we’re most familiar with in the United States, Diggs says that pizza in Italy has a thin and crispy crust, and they have a lot of fun with toppings. Italian menus are also complemented with fried treats and snacks.

“I thought there was a good opportunity in, not only this market, but in our country to have more of a Roman-style pizzeria,” he said.

But Diggs also wanted to do something for and with his family.

His wife does a lot of the behind the scenes bookkeeping and office work. Sometimes, his children help host or clear tables and that they love being a part of the team.

Diggs got the idea to name the restaurant when he was doing a tour of street art in Rome. He saw a spray painting of the Notorious B.I.G. wearing a crown falling off his head.

“Coronato means ‘crowned’ or ‘the one wearing crown’ in Italian, and so that’s why we have the Coronato with the ‘C’ with the crown on the logo,” he said.

Diggs doesn’t have Italian roots or speak the language, but he said he’s always loved Italian food because of its simplicity.

“The core purpose of what you’re doing is about the quality of the ingredients and attention to detail and technique,” he said. “That’s really just what Italian cooking is, and that has always spoken to me no matter where I’ve been in my career.”

He said the best part of his career has been opening the restaurant and having his family be a part of it.