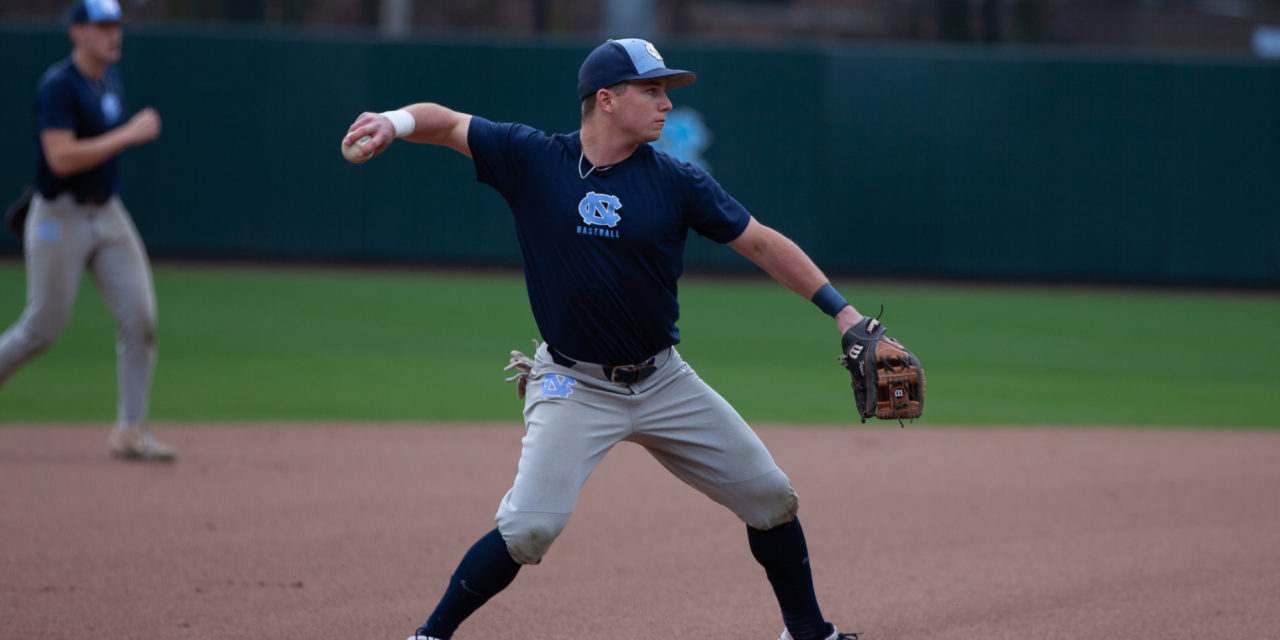 UNC Baseball is coming back to Boshamer Stadium this Friday for opening day. After preparing for months, the Diamond Heels are eager for their first match-up set against Middle Tennessee State.

While most of the springtime sports have already started, the baseball team has been anticipating this week since August. Head Coach Mike Fox said the team is just ready to get out there and play.

“We’re the sport that probably practices the longest before you finally get to open day,” Fox said. “Most of the spring sports have already started and that’s hard on these kids. We’ve been going since August and they’re just anxious to see another uniform. I think I know what kind of team we can have but you truly don’t know until you see another team in that dugout.”

Fox said the program lost a lot of good talent last year to the draft like Michael Busch, Tyler Baum and Austin Bergner. He says while there is a lot of depth to the team this year, there’s not a lot of experience. But with the first nine games at home, Fox is hoping the home field advantage will ease some of the newer players into the season – along with advice from the more seasoned players.

“I hope the message is coming from the locker room, from the Sabato’s and Seretti’s and Harris’s – I hope it’s coming from them,” Fox said. “I can go up to them and say ‘hey, you’ve earned it, go out and enjoy, we believe in you, we trust you,’ but I tell our players you’ll know if I believe in you and trust you when you look up there and your name is in the lineup – that’s all you really need to see from me.”

Sophomore shortstop Danny Serretti is one of those seasoned players. He said he is ready to get back on the field and start building those game day bonds with the new blood.

“I think our chemistry is one of our stronger things this year,” Serretti said. “You know we have guys from last year that understood how important chemistry is so we have that coming into this year now and we’ve instilled it into the guys that are new.”

Expectations are high after the Diamond Heels were one win away from the College World Series last year, yet came up short against the Auburn Tigers.

Sophomore first baseman Aaron Sabato says the loss of last season still lingers in the back of the team’s mind, pushing them to do and be better.

“It’s just one of those things where you never lose the feeling of watching another team dogpile on your field,” Sabato said. “It’s what makes us come in day-in and day-out and fuels us.”

While that loss may fuel their efforts, Sabato says the team is mainly focusing on staying present – one day and pitch a time.

“I’m just trying to win a national championship for the University of North Carolina,” Sabato said. “Today we’re really just focusing on today – February 10 or February 11 – because you want to take it one day at a time and today’s practice is just as important as the first game, if not more important.”

Outside of his goals to win a national champ or striving for an undefeated season, Sabato said he is mostly looking forward to sharing the field with 40 of his closest friends.

You can watch the season opener against Middle Tennessee State at home on Friday at 3pm.