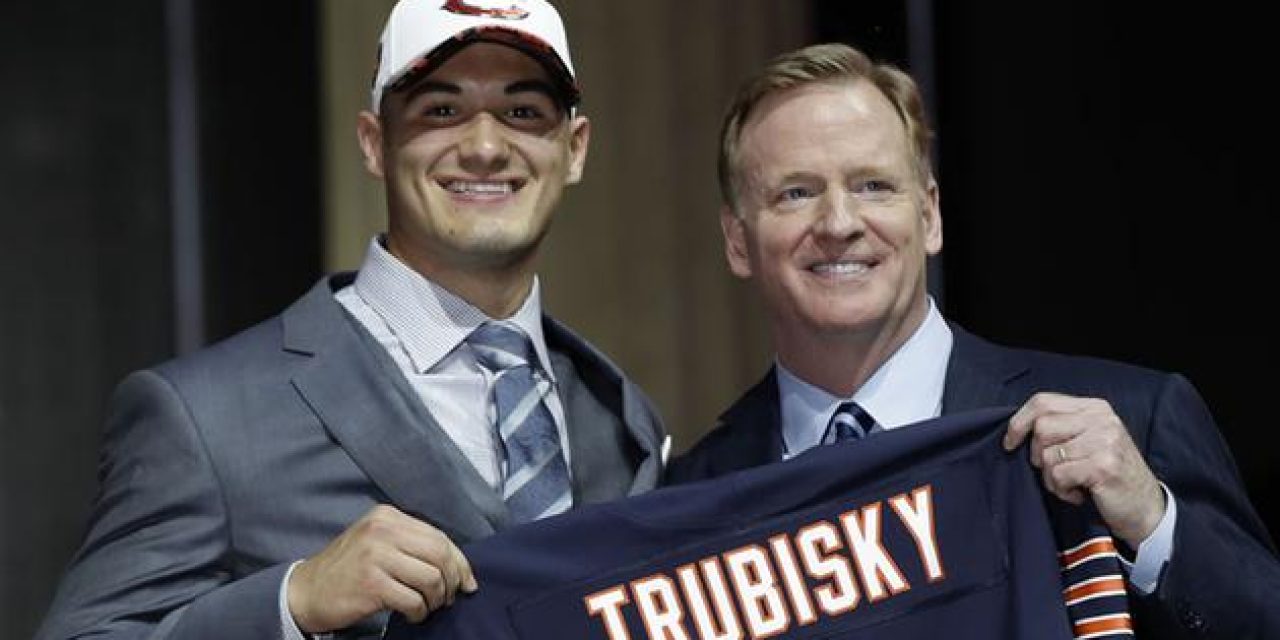 Picked second overall in last April’s NFL Draft by the Chicago Bears, Trubisky has sat on the bench behind former NC State signal caller Mike Glennon throughout his team’s 1-3 start.

A stellar showing in the preseason from the rookie has left Bears fans desperately wanting head coach John Fox to make the move from Glennon to Trubisky.

ESPN’s Adam Schefter reported early Monday that Fox will do just that for the Bears’ game against the Minnesota Vikings next week.

Trubisky will have to limit turnovers in order to help Chicago turn its season around.

The main reason he’s been given the opportunity is that Glennon–who signed a three-year, $45 million deal in the offseason–has thrown five interceptions and lost three fumbles already at this point in the year.

It will be a tough test, however, as the Vikings possess one of the top defenses in the NFL–and he’ll be making his first career start underneath the national television spotlight on next week’s edition of Monday Night Football.

The game will be televised on ESPN, and is scheduled to begin at 8:30 p.m.