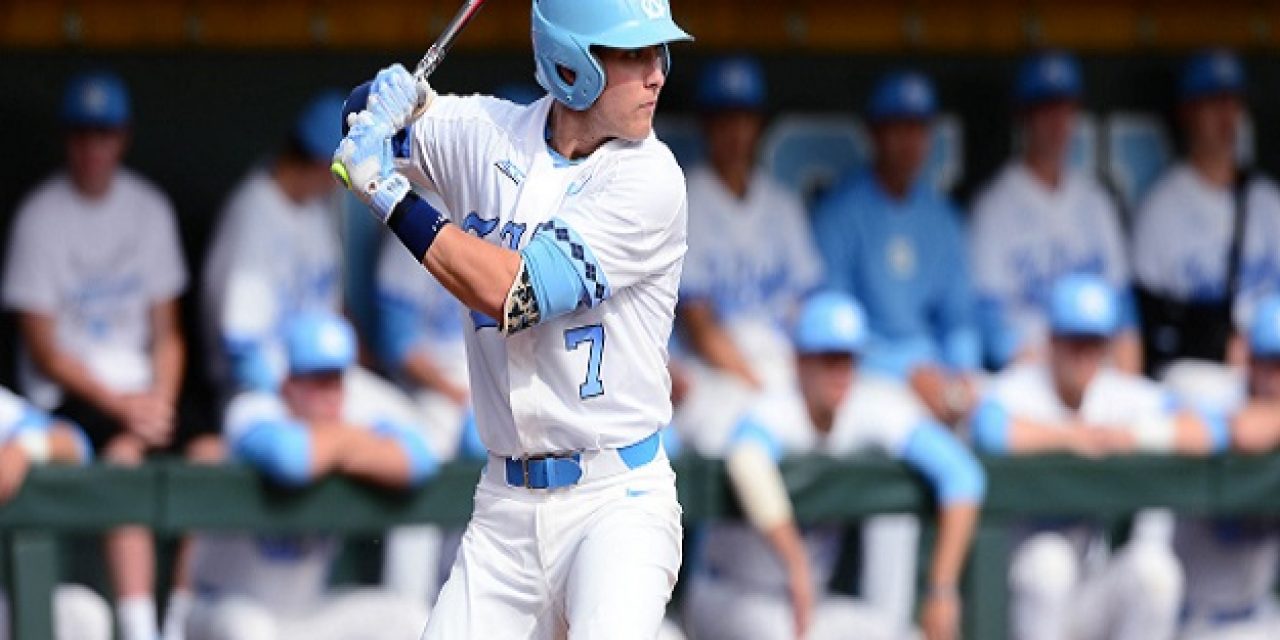 Locked in a tight mid-week showdown against the defending national champion Coastal Carolina Chanticleers (15-10), the eighth-ranked UNC baseball team put together four runs in the seventh inning Tuesday night–which broke a 2-2 tie and ultimately led the Tar Heels to a 7-6 victory.

All four runs came with the bases loaded, with junior centerfielder Brian Miller kicking things off with an RBI single against reliever Austin Kitchen.

Freshman Brandon Martorano then plated a run by drawing a walk two batters later in a pinch-hit appearance.

The next man up was third baseman Kyle Datres, who led the Tar Heels (19-6, 6-3 ACC) with three RBIs in the game. Facing a 2-2 count against Kitchen, the Pennsylvania native lined the ball into right field and drove in the final two runs of the inning.

Prior to the game-changing rally, fans at Boshamer Stadium were treated to their fair share of home runs–a pair of solo shots for each side in the opening stages, and a massive three-run shot that almost stole the win from the Tar Heels.

UNC began the scoring when shortstop Logan Warmoth drove the ball into the net behind the left field wall in the bottom of the first.

Datres then tacked on a fourth-inning homer off Coastal Carolina starter Zack Hopeck to double the Tar Heel lead.

Former UNC shortstop–and Chapel Hill native–Wood Myers gave the Chanticleers their first glimmer of hope when he sent the first pitch he saw from Tyler Baum over the wall in right field.

Momentum went back to the visitors in the very next frame, when Billy Cooke tied things up with the fourth long ball of the night.

Then the UNC bats took over in the seventh inning for the decisive rally.

Each team added another run in the eighth, but by then the damage seemed to be done.

That was not the case.

Freshman closer Josh Hiatt has typically been as automatic as it gets this season. However Coastal Carolina broke through against him not only for the one run in the eighth inning, but also with a three-run homer from Cory Wood in the top of the ninth that closed the gap to just one.

Only then, was he able to record the final out and provide the Tar Heels with a statement victory.

UNC will head to Tallahassee this weekend for a crucial weekend series against No. 12 Florida State.