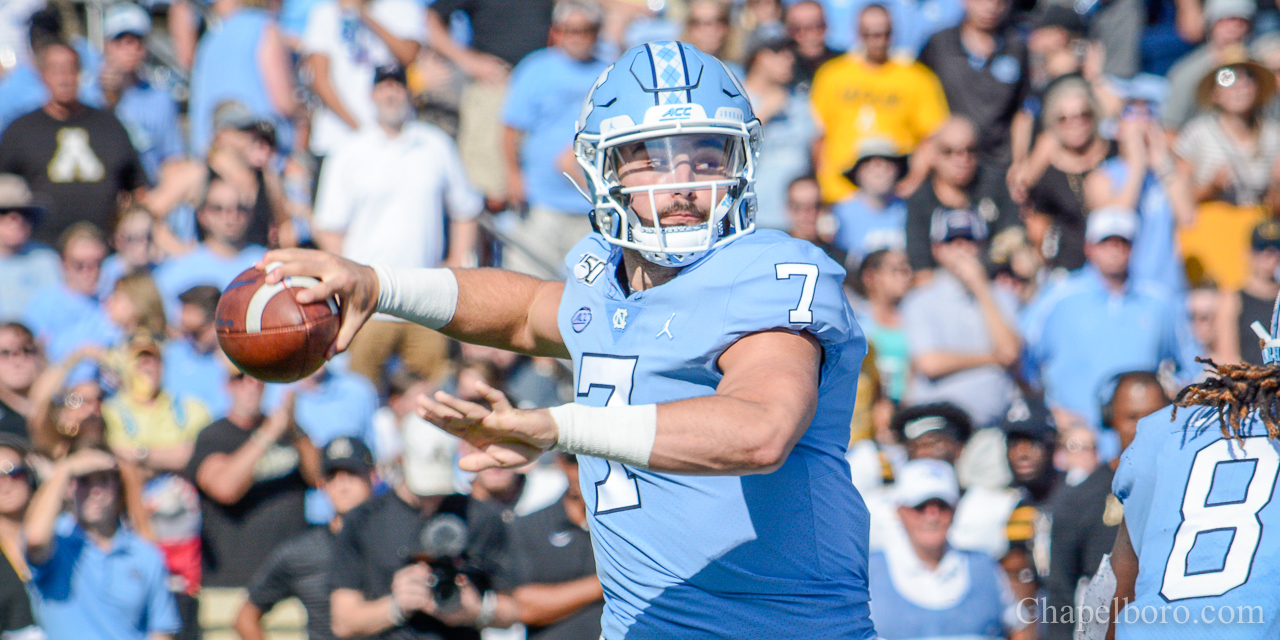 UNC sophomore quarterback Sam Howell earned yet another preseason honor on Thursday, when he was named to the watch list for the 2020 Manning Award–which is presented to the top college signal-caller in the nation.

Howell is one of 30 players on the watch list for the Manning Award. He has previously been named to the watch list for both the Davey O’Brien Trophy–another quarterback award–and the Maxwell Award, which goes to the most outstanding player in college football.

The Manning Award is unique in that it also takes into account a player’s performance in his team’s bowl game.

In 2019, Howell set a new FBS record for a true freshman with 38 touchdown passes. He also threw for 3,641 yards, a number that ranked second in the ACC and 14th nationally.

Expectations are sky-high for Howell in 2020 as he returns nearly all of his top offensive weapons from last season.