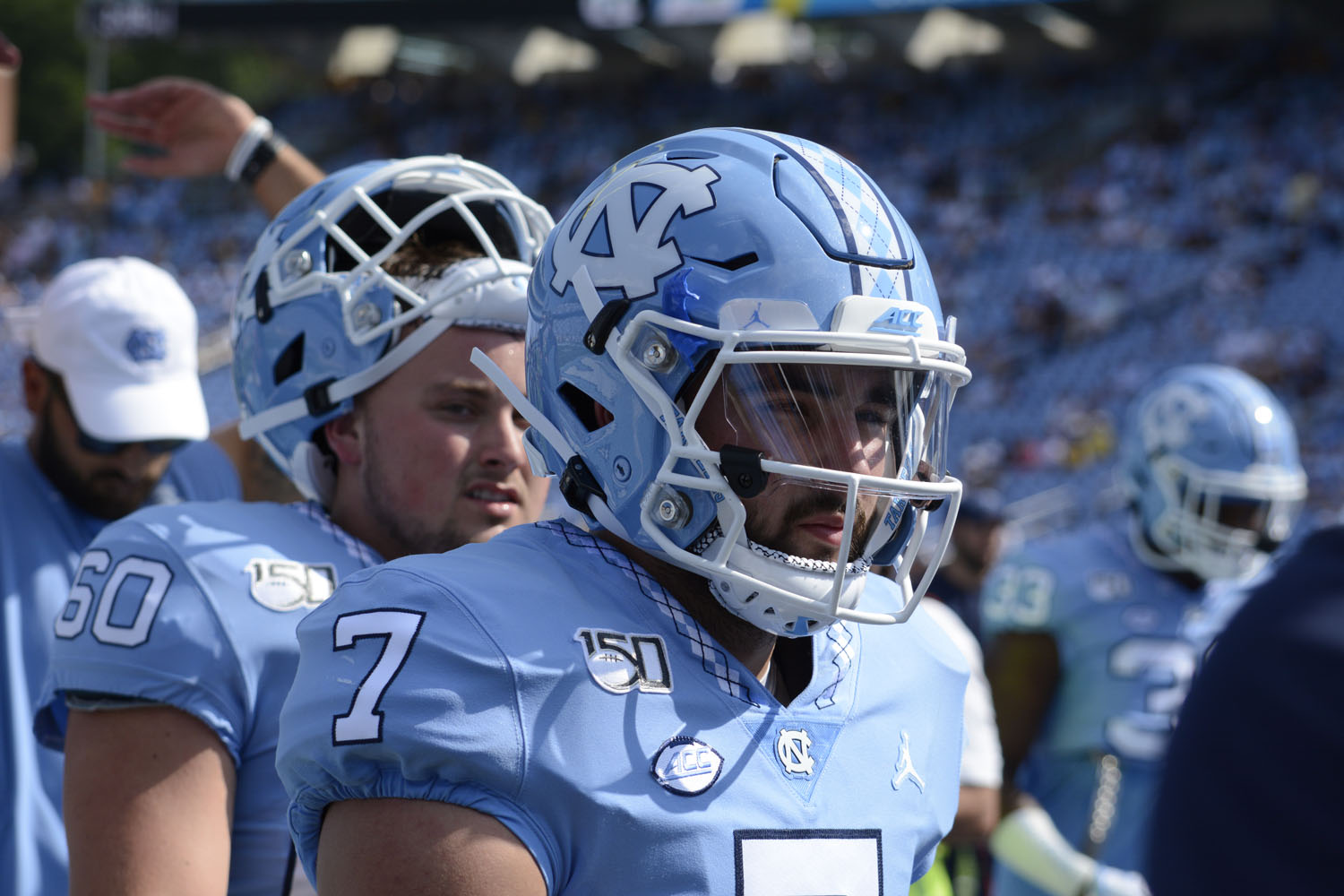 Sam Howell’s confident approach as a freshman quarterback has spread to the rest of the Tar Heel roster over the first half of the season. (Photo via Dakota Moyer)

The Football Writers Association of American released its annual Freshman All-American team on Monday, with UNC’s Sam Howell earning the nod at the quarterback position after a fantastic debut campaign in Chapel Hill.

Howell threw for 3,641 yards and 38 touchdowns, setting a new FBS record for touchdowns thrown by a true freshman and setting a new UNC school record by any player. In addition, Howell recorded only seven interceptions on the way to the best season through the air in Tar Heel history.

In what was supposed to be a rebuilding year, Howell guided UNC to a 7-6 record and a win in the Military Bowl over Temple–the program’s first bowl win since 2013.

On Sunday, the FWAA selected Howell as one of three finalists for its Freshman of the Year Award.