No. 2 Seed UCLA Ends Season for No. 3 Seed UNC at NCAA Baseball Tournament 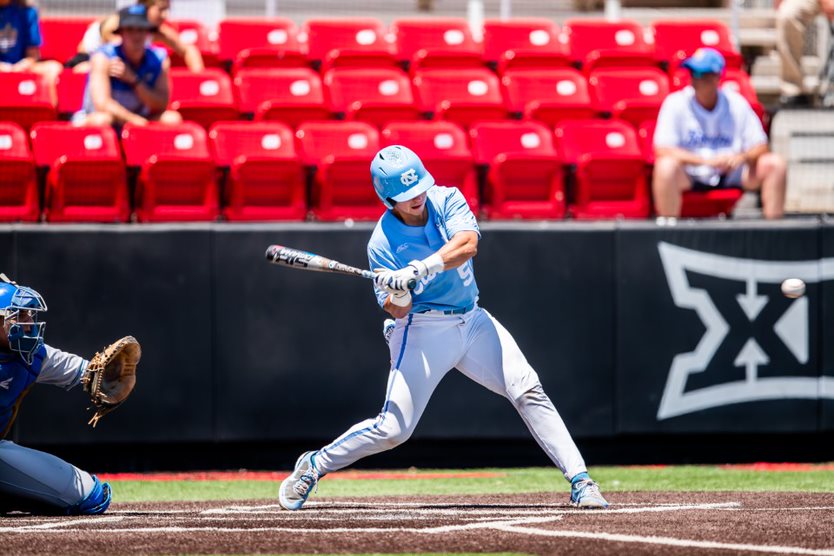 Having used up the arms of many of the team’s top pitchers over the first two days at the NCAA Baseball Tournament Lubbock Regional, No. 3 seed UNC suffered a season-ending loss to No. 2 seed UCLA on Sunday by a score of 12-2.

The Tar Heels (28-27) gave reliever Connor Ollio just his third start of the season on the mound and the Bruins took full advantage — using five singles and a walk to make the score 5-0 in the top of the first inning. Ollio was then removed from the game for Nik Pry having recorded just one out.

This was a far cry from UNC’s victory over UCLA (37-19) on Friday, a game where First Team All-ACC selection Austin Love held the high-powered Bruins offense in check for much of the night.

A solo home run from center fielder JonJon Vaughn made it 6-0 in favor of the Bruins in the top of the third inning, while UCLA would go on to add four more runs during a big fourth inning against Tar Heel relievers Nick James and Davis Palermo.

Behind 10-0 entering the bottom of the fourth frame, there were shades of the last time UNC was eliminated from the NCAA Tournament. The Tar Heels fell in Game Three of the 2019 Chapel Hill Super Regional against Auburn after allowing the Tigers to go ahead 13-0 in the first inning.

Will Stewart and Tomas Frick each drove in a run for the Tar Heels in the bottom of the fourth to break up the shutout, but UNC managed to record just two hits the rest of the way — putting an end to what has been an up and down season in the first year under head coach Scott Forbes.

UCLA finished the game with a whopping total of 17 hits against eight different Tar Heel pitchers on a day where UNC sorely needed a big-time surprise performance on the mound.

Starting pitcher Zach Pettway was phenomenal for the Bruins as well, going all nine innings and striking out nine hitters for a complete-game victory.

Caleb Roberts was the only Tar Heel to record multiple hits in the game. The right fielder finished 2-for-4 with a double — accounting for UNC’s lone extra-base hit and nearly one-third of the team’s seven total hits.

“I want to give a lot of credit to UCLA ,” Forbes said afterwards. “They bounced back. Their guy that had been a Friday guy all year stepped up for them and gave them a complete game. They played well. They jumped on us early and it’s hard to climb back from that. Our guys fought. We just could not scratch anyone across or enough runs across. You’ve got to give their starter a lot of credit, but I’m really proud of our team.”