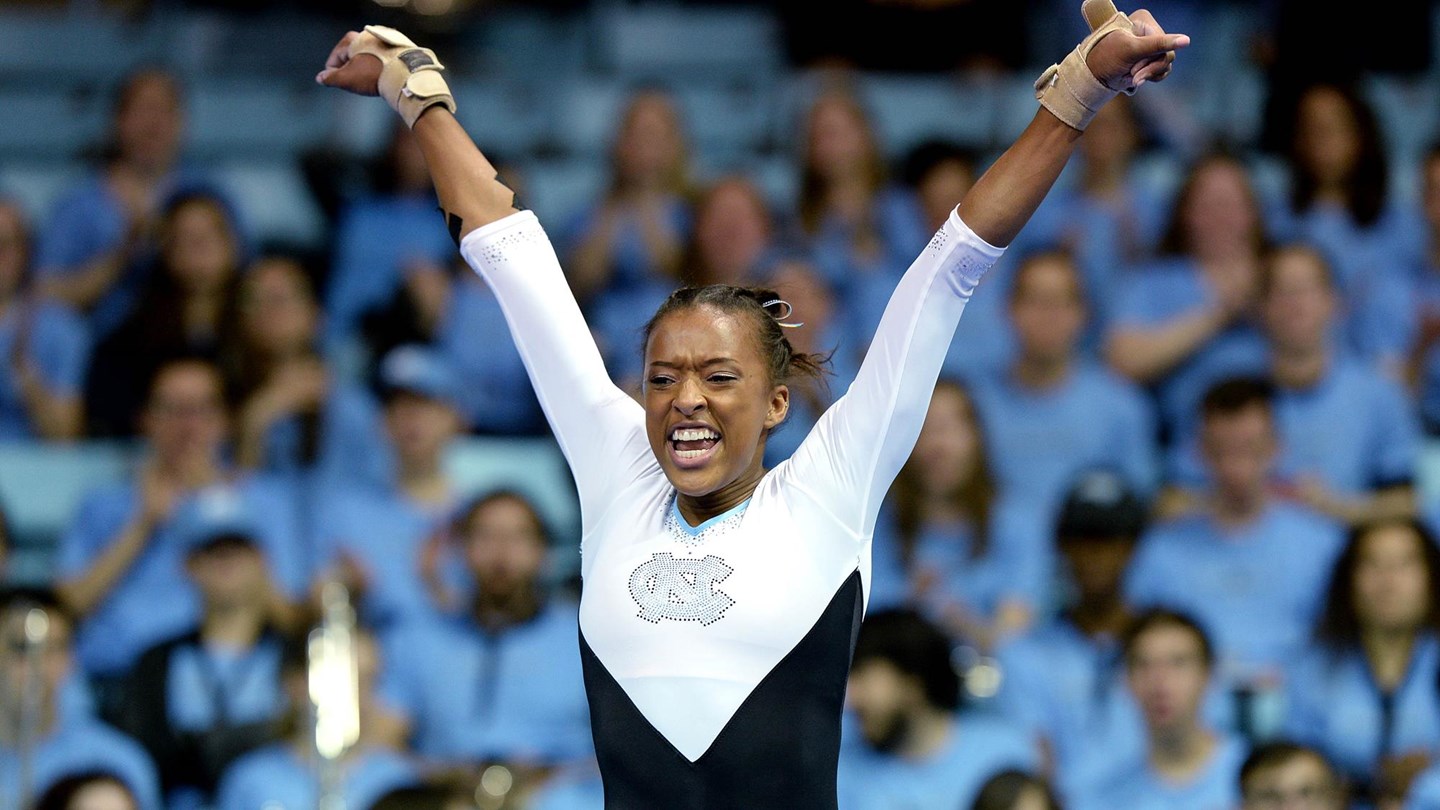 UNC junior gymnast Khazia Hislop was recognized Wednesday by the Women’s College Gymnastics Association as a Second Team All-American for her work in the Floor Exercise program.

This marks Hislop’s second consecutive year earning the honor in that event, making her the first Tar Heel to do so since Courtney Bumpers did it in both 2004 and 2005.

She finished the regular season with a national qualifying score of 9.925, which put her in a tie at No. 16 in the national rankings.