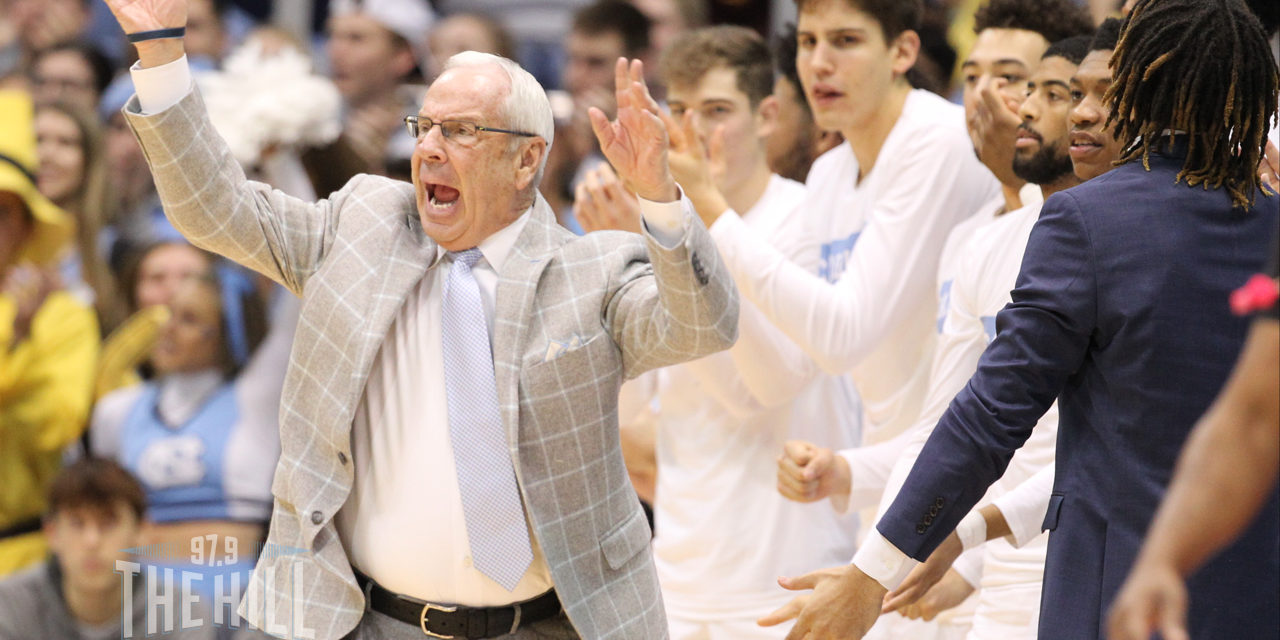 Over the years, Roy Williams has been interviewed numerous times about the privilege of participating in the Carolina-Duke rivalry, the ballyhooed best of them all.

When asked about the pros and cons, however, he always uses an iteration of this rationale.

Because both schools get so amped up for the two regular-season games, which are played between the Super Bowl and the NBA playoffs, where college basketball takes center stage, you had better be careful of the next game on your schedule.

Of course, that is less risky if you win, which Duke proved by following up its dramatic comeback at the Smith Center with an impressive victory over tall, talented and deep Florida State on Monday. For Carolina, however, it was Ol Roy’s worst fears realized.

The Tar Heels look like they hadn’t recovered at Wake Forest last night from their demoralizing defeat to Duke. They fell behind by 18 points at halftime, 26 early in the second half and dropped into a last-place tie in the ACC with Miami that likely killed whatever postseason chances they had left.

Everything they did well Saturday night — except for Christian Keeling’s shooting — went away against a Wake team starting the game with a 3-10 record in the ACC. Now, it looks like a not-so-super Tuesday at the ACC tourney for both teams.

The Heels went from shooting 53 percent against Duke, a much better defensive team than Wake, to 33 percent against the Deacons. They missed a season-high 16 of 17 3-pointers. They had only 9 assists for the game, four in the first half.

Granted, this was a wounded team of the heart and mind and a banged-up one on the surface. Garrison Brooks, who snapped out of his free throw slump, began with a scratched cornea that required goggles and ended up with two stitches in his lower lip. Armando Bacot finished with a taped right wrist.

“You have to be careful,” Roy has warned, “that one loss doesn’t become two.”

Well, they weren’t nearly careful enough, and it did.