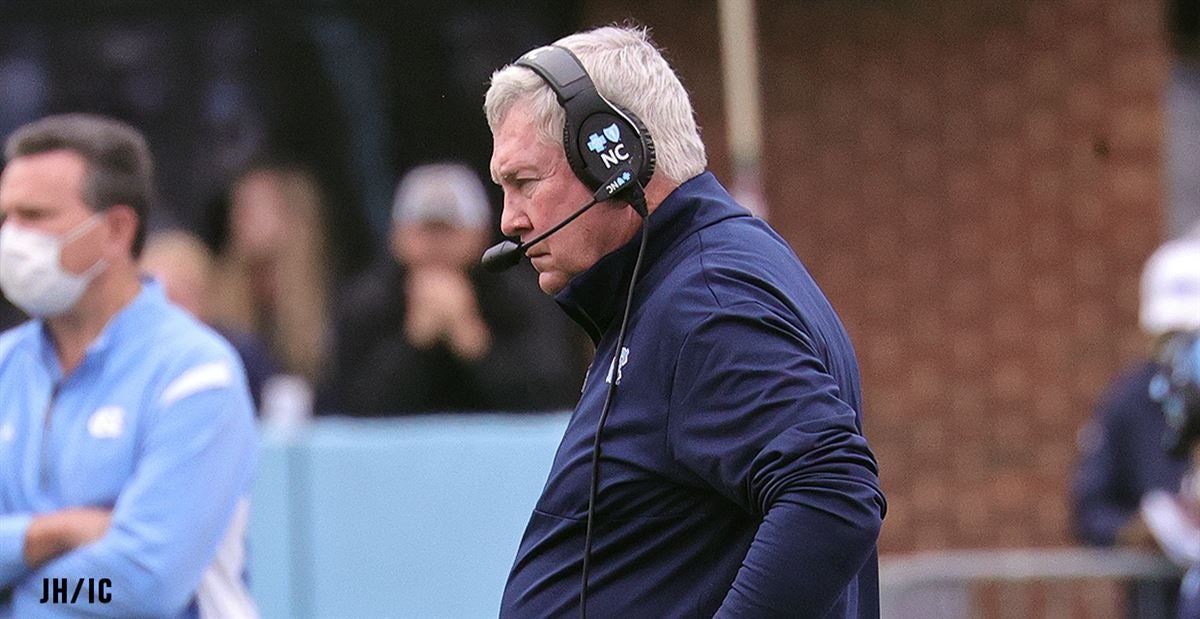 The Tar Heels suffered another shocking defeat Saturday, falling 35-25 to previously 1-4 Florida State. Carolina now sits at just 3-3 after six games. But Brown remains steadfast in his belief that the program is headed in the right direction, and is taking the 2021 season one game at a time. Next up: Miami.

Here are a few of Brown’s answers on various topics:

On the Florida State game: We’re disappointed. We played better on offense. We didn’t have sacks. We’d had so many tackles for loss against our offense this year, and they did so much better against a team that was really, really proficient at sacking people, and penetrating and getting tackles for loss. But we also kicked a field goal when we should’ve scored a touchdown, and didn’t score [on] 1st-and-goal from the 5, or we would’ve won the game… Defensively, it was very, very disappointing. We had the great defense against Duke last week, really shut them down except for one play. And then on Saturday night, Florida State was able to run the ball. We knew the two running backs and the quarterback were the guys we had to stop. The quarterback had been an inconsistent thrower, and he hit 11 of 13 passes and three touchdowns. And then he came back and was 7 of 10 on third downs. And that’s just unacceptable.

On his team’s inconsistency: Sometimes it is coming together on Saturday. It’s just a team that you don’t know right now who’s going to show up, and that’s what we’ve got to do. We’ve got to mature. We’re a very immature team. I thought last week’s practice was really good. In this call last week, we said it’ll be really interesting to see if our defense can take people bragging on them all week and play well on Saturday, and they didn’t.

On Miami: Miami’s one of the more talented teams we’ll play. They can run. Obviously, we had a good game with them last year, so they’ll be motivated for this game. It’s really not about the other teams we’re playing right now; it’s about us. We’ve gotta get so we play at the highest level we can play every week, and that’s hard to do. And we’ve gotta do that to be successful.

On his message to the fans: Just keep hanging in there. Don’t get up and down, and give into this. Our opponents know that we’re getting better. They know that we’re recruiting really well, they know that it’s coming. We probably got ahead of ourselves last year, going to the Orange Bowl. We’ve taken a little step back here in the first half of the season. Let’s finish these six strong. Hopefully we’ll be somewhere this postseason. Then we’ll forward to a great spring and starting over next fall. But everybody that watches recruiting knows that we’re getting close, and we’re gonna be really, really good moving forward. It’s just, sometimes you’ve gotta take a step back before you can go forward, and that’s kind of what we’ve done.

Listen below for the full conversation between Mack Brown and Aaron Keck, and tune in to hear the segment live on Monday mornings each game week!