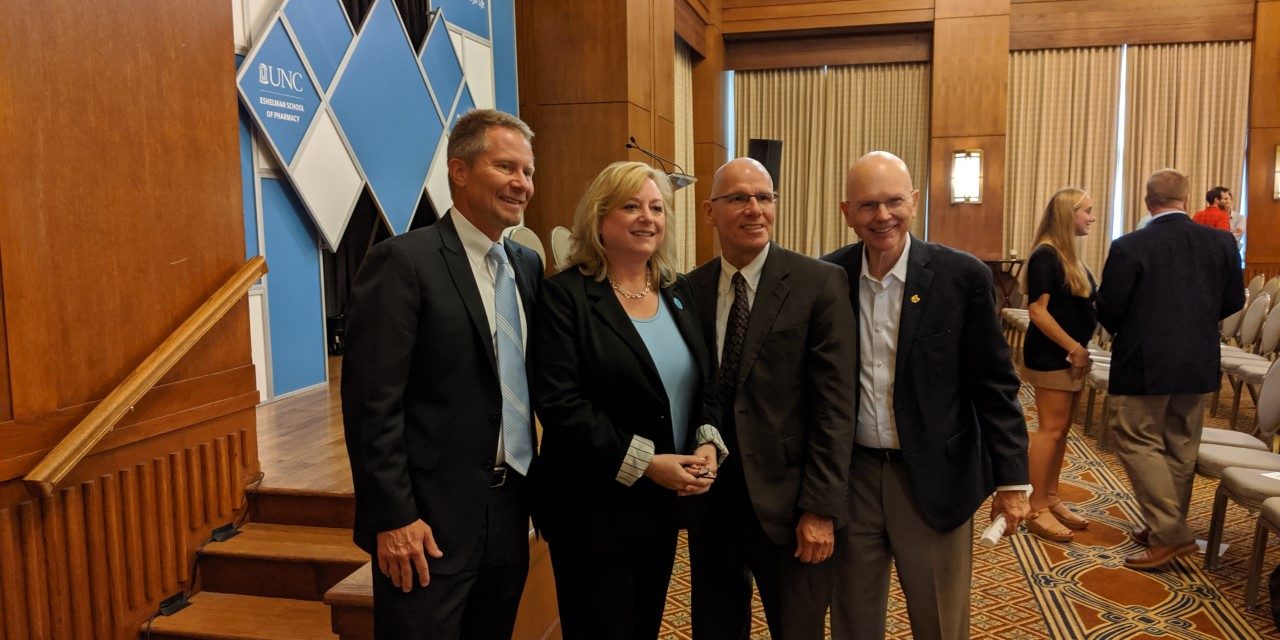 UNC’s Eshelman School of Pharmacy held a celebration on Tuesday to welcome its new dean to her job, as Angela Kashuba became the school’s eleventh dean.

Kashuba was selected in May to take over as leader of the top pharmacy school in the nation. The permanent role had been vacant since Bob Blouin was hired as the university’s provost in 2017.

At Tuesday’s ceremony, Kashuba described it as a privilege to begin her tenure as dean, promising to continue the innovation and research that led to the school becoming the country’s best.

“As the new dean of the UNC Eshelman School of Pharmacy,” Kashuba said, “I am thrilled to have the opportunity to build upon the school’s success and culture of excellence. While we are the number-one ranked school of pharmacy in the nation, I can assure you no one is willing to rest. We have significant momentum and we have the unique opportunity to go beyond excellence.”

In her career, Kashuba has authored more than 240 peer-reviewed publications and has been awarded over $20 million in research funding. She has taught at UNC since 1997, being named the John and Deborah McNeill, Jr. Distinguished Professor in 2013. Kashuba also serves as director of the UNC Center for AIDS Research Clinical Pharmacology and Analytical Chemistry Core.

Interim chancellor Kevin Guskiewicz shared his support of Kashuba at the ceremony, saying her leadership in classrooms and research labs should excite the UNC community with her taking over as dean.

“This school has a storied history that we’re so proud of,” said Guskiewicz. “Yet, we’re even more excited about its future. At this critical moment, Angela Kashuba is the right person to lead the Eshelman School of Pharmacy as we serve the state of North Carolina and beyond.”

Kashuba said she has many ways she wants to continue growing the pharmacy school, but she said one of her top focuses will be on improving rural health. She said because many North Carolinians cannot always come to UNC facilities or other healthcare services, it’s important for the school to use its tools and technology to go to them.

“Forty percent of North Carolinians live in rural counties and they may not have all the comprehensive health care services they need. I would like to make sure that we have pharmacists in the right roles to be at the forefront of care for all of our citizens.”

In the two years before Kashuba began her role as permanent dean, Dhiren Thakker served as the interim dean for the Eshelman School of Pharmacy.