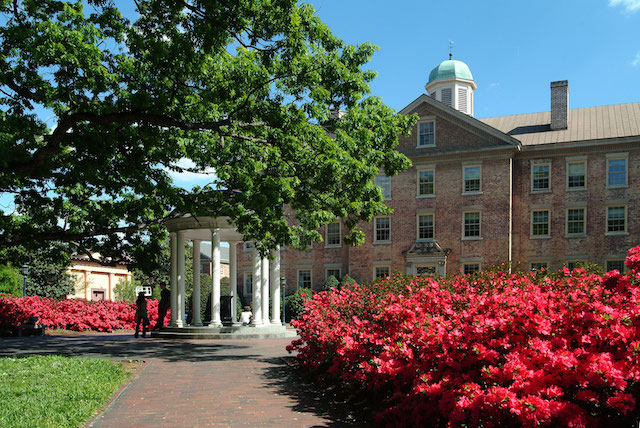 Officials with the North Carolina Department of Labor’s Occupational Safety and Health Division are continuing to investigate the power outage at Dey Hall and Wilson Library on January 20.

According to DPS information specialist Randy Young, the outage was caused when an arc flash struck a UNC employee while he was working in the transformer vault of Dey Hall.

An arc flash is a type of electrical explosion or discharge.

A statement from OSHA says the employee was seen “running out of the building on fire.” Someone helped put the fire out, according to the release, and EMS was called.

The employee was taken to UNC hospital and there are currently no updates on his status.

Davis Library, Student Stores, the Student Union, the House Undergraduate Library and Wilson Library were closed due to the outage, but have since reopened.

Young said there is no current threat to campus.

Dey Hall and Wilson Library were open for classes on Monday.

An official with the state Department of Labor said the investigation is expected to last at least three months and could last as long as six.