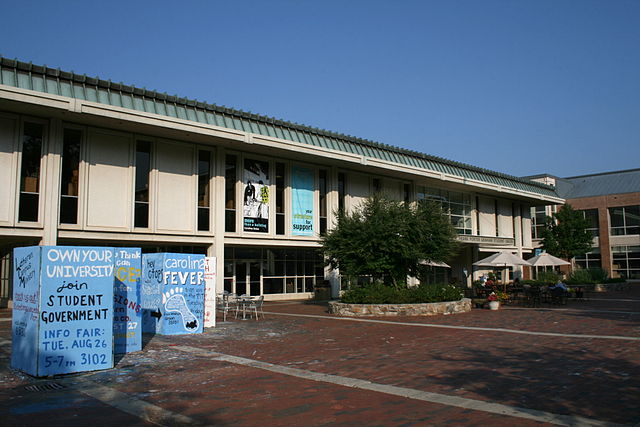 Officials with the North Carolina Department of Labor’s Occupational Safety and Health Division are investigating an incident on Wednesday on the UNC campus.

A UNC employee was injured when a “fault occurred in a transformer room,” according to the preliminary investigation.

A statement from OSHA says the employee was seen “running out of the building on fire.” Someone helped put the fire out, according to the release, and EMS was called.

Officials say the employee was admitted to UNC hospital.

The incident occurred around 3:44 Wednesday afternoon with an “incident in the electrical closet in Dey Hall,” according to an Alert Carolina message Wednesday.

Power was knocked out to several buildings on campus Wednesday afternoon. Power was restored to all but two buildings as of Thursday.

Those two buildings – Dey Hall and Wilson Library – remain without power and are closed until further notice.

Classes at Dey Hall that began after 12:30 Thursday afternoon were moved to alternate locations, according to a message from the university.

UNC officials say they have no timeline for a conclusion of the investigation.