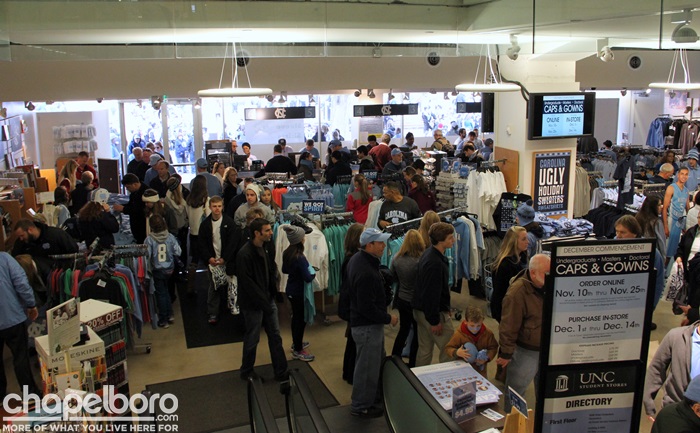 Several buildings on the UNC campus were experiencing power outages on Wednesday evening.

Two remain without power, Dey Hall and Wilson Library, according to an Alert Carolina message sent out by the university.

The message says those two buildings will be closed until further notice. Thursday morning classes and activities in those buildings have been canceled.

An incident in an electrical closet in Dey Hall caused the outage, according to UNC. Officials say one university employee was injured and was transported by EMS.

Davis Library, Student Stores, the Student Union, the House Undergraduate Library and Wilson Library were closed due to the outage.  Power has been restored to most of those buildings.  But, the UNC Student Stores and Student Union remained closed on Wednesday night.

The UNC Student Stores and Student Union will reopen on Thursday night.

Pathway lighting near Polk Place is limited.  Officials are asking pedestrians to use alternative routes if possible.

On Twitter, officials said facility services were working to restore the service.