From Campus to Space: UNC Professor Building His Own Satellite 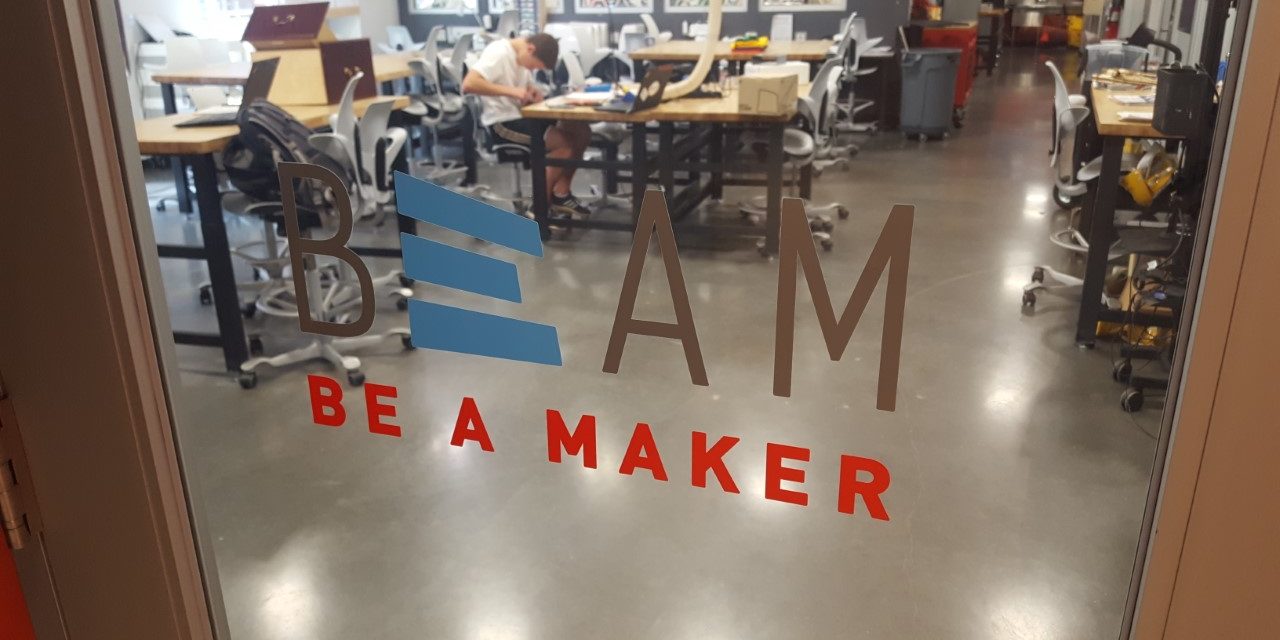 As the nation celebrated the anniversary of the first people landing on the moon recently, space was on many people’s minds. For Andrew Mann, though, it’s a daily topic.

The assistant professor in the physics and astronomy department at UNC researches young planets and how they develop Earth-like characteristics with the goal of finding whether Earth is truly unique in the universe. In order to analyze how certain elements arise, he says the ones he studies must be very early on in their planetary process.

“By young, I mean a few million to tens of millions of years old,” says Mann. “For comparison, the Earth is something like five billion years old. These are tiny fractions of the age of the Earth; they’re like infants.”

Mann does this by looking for planets passing in front of stars and blocking small portions of light. Because the blocked light is so minuscule, it’s impossible to see from Earth’s surface, which creates the need for a satellite to spot and photograph the planets from hundreds of light years away.

“In general,” Mann says, “you have to go to space because while Earth’s atmosphere is great for breathing and living, it’s not so great for astronomy. Better to go to space to do this kind of work.”

When interviewing for the position at UNC over a year ago, Mann mentioned his research and pitched the idea of the university purchasing a satellite. While the satellites he needed were less expensive than most, the school came up with another idea at a fraction of the cost: just build it here.

“I found that very convincing, and that’s what brought me here,” Mann says, “that they were going to help me do this. It has become a lot more feasible than I thought at first. Building a spacecraft sounded really hard, but it’s coming together pretty nicely.”

Mann’s team is making a type of satellite much smaller than most people probably imagine. They’re called CubeSats, thanks to their cube shape, and range in size from as big as a mini fridge to as small as your hand. Made from light materials, they’re easy to transport, cost less to make and are less expensive to launch.

Mann’s goal is to create and launch the satellite for less than $50,000, a fraction of the cost most satellites take. He is building the prototypes at UNC in the school’s Makerspace lab, 3-D printing plastic components to create a model that isn’t flight-worthy. 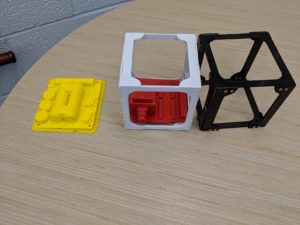 Mann keeps a small, 3-D printed model of a CubeSat in his office. (Photo via Andrew Mann.)

In his office, Mann has a smaller model he uses with students to experiment what parts to fit into their CubeSat.

“The space is really tight and every little centimeter is full,” says Mann. “We’re always playing around with what we can take out and what we can put back in.”

Mann says student help is very valuable when it comes to design and creation. Senior Patrick Gorman is working on the research through the summer, currently designing the chassis and antenna for the CubeSat. He’s the president of the Students for the Exploration and Development of Space organization on campus and the project appealed to him because of the variety of work he can do.

“All this stuff is super interesting to me,” says Gorman, “and I get tons of experience in it because I’m doing parts for each different [aspect]. There’s communications, board design, computing design, programming design, all kinds of stuff.”

Mann says one of the reasons he’s happy the university guided him to making the satellite is the learning opportunity it provides to students like Gorman.

“Think how much more beneficial this is to a student who helped build something and gets to see it launch rather than get to see something else launch that someone else built. It’s much more satisfying for people involved, which I think is better for the education aspect of the program here.”

Mann says the prototype of the satellite should be complete in the next year, with the first launch of their CubeSat expected in two years.