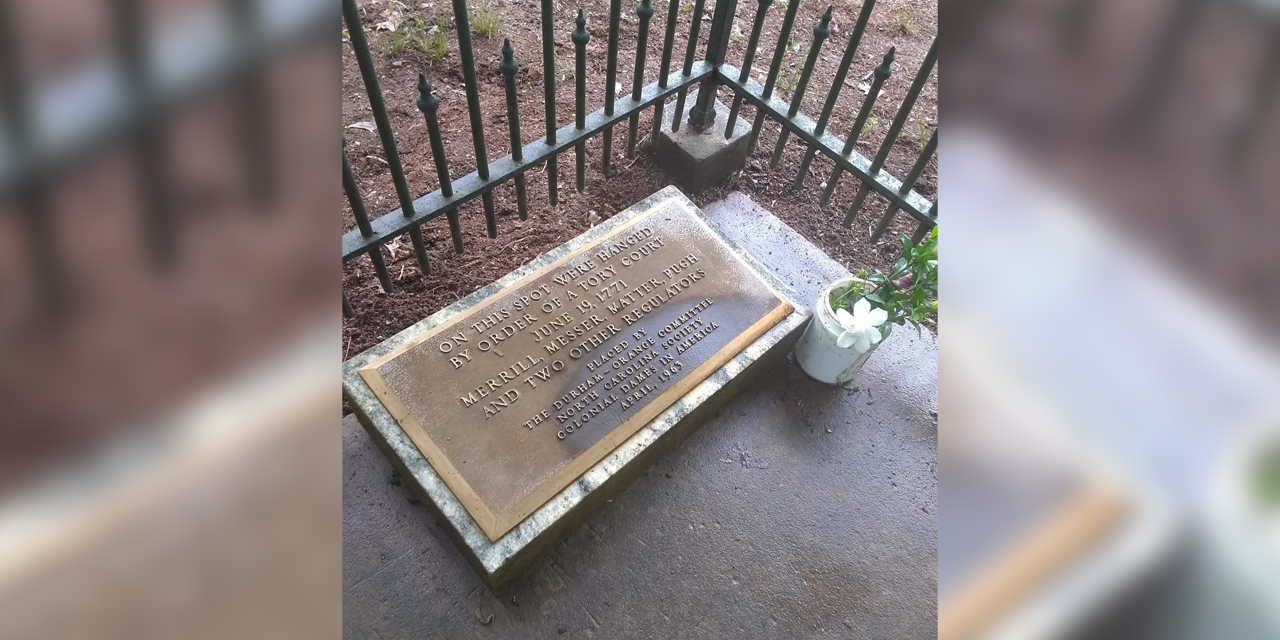 Saturday marks the 250th anniversary of one local historic remembrance.  Regulator Remembrance Day commemorates the killing of six men in Hillsborough accused of a crime they did not commit.

On June 19, 1771, six men were accused and convicted of “high treason” against King of England, George III, following the Battle of Alamance. They were executed in what was then the outskirts of Hillsborough. This event later became commemorated as Regulator Remembrance Day.

“Starting in that time, just like we do when we see terrible tragedies, people put flowers down,” Washington said. “They started coming to the site where these men bravely died and they started leaving flowers.”

Washington said the process of leaving flowers happened informally for years. In 2013, he said he began a modern version of the Regulator Remembrance Day. This marked the 50th anniversary of Colonial Dames of North Carolina installing a bronze marker to educate people of the history of the site.

Saturday’s 250th Regulator Remembrance Day will take place at 6 p.m. at the 1771 Regulator Marker site located in Cameron Park behind the Orange County Board of Education building.

During the event, speakers will provide additional historical context – including staff from the Alamance County Battlefield in Burlington. The names of the men are read and a bell is tolled. Descendants of the regulators are invited to lay flowers.

Washington said the public is invited to bring flowers as well.

“It’s really an opportunity for people to see the site, to really be at a site that has been marked by simply people coming to the site for so long and I think that makes it one of the great moments of history,” Washington said.

Photo via Town of Hillsborough