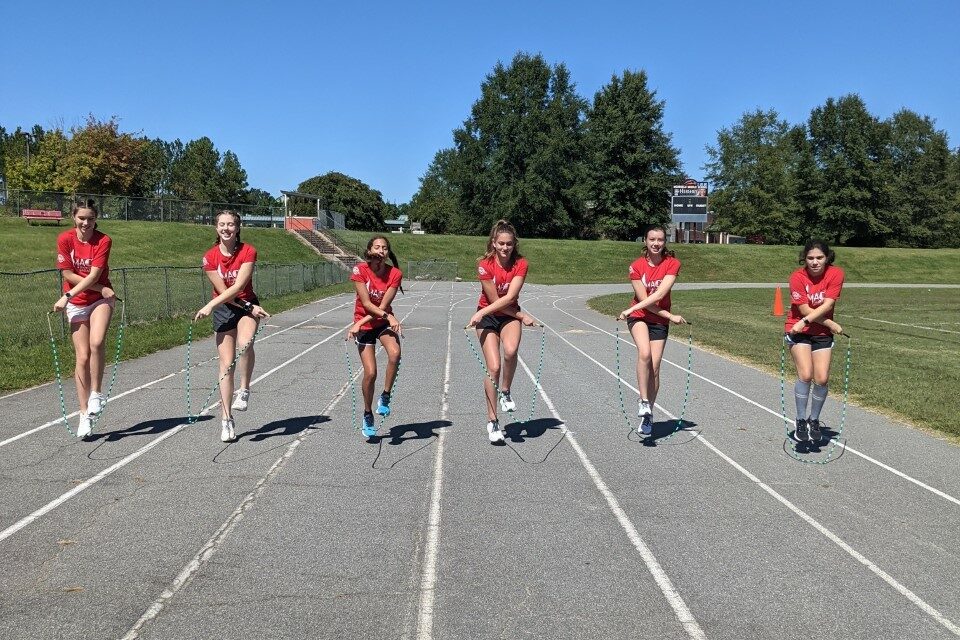 As the holiday season kicks off with Thanksgiving this week, a longtime tradition for many is tuning in to watch the Macy’s Thanksgiving Day Parade. Celebrating its 95th anniversary this year, the parade features a smorgasbord of giant character balloons, celebrities, floats, marching bands, and even a troop of jump ropers.

This year, more than 100 jump rope athletes will participate in the pageantry of the parade. This performance group consists of 25 jump rope teams from across the nation, including a Chapel Hill team.

Founded in 2019, Aerotrix is a non-profit organization offering jump rope instruction for recreation, competition, and now, the chance to participate in the Macy’s Thanksgiving Day Parade.

“There’ll be a routine that we do during the parade, which kind of just repeats itself,” said Aerotrix coach Gary Anderson. “It has a resting portion where we’re not jumping, it’s just side swings, and then a jumping portion because their plan is to jump the full three miles.”

Anderson has been a jump coach for 20 years. This year, six members of his team will get to hop, skip, and jump their way down the streets of New York, showcasing the skills they’ve been honing over the past few months.

“We’ve almost handled it like training for a marathon or a long distance,” Anderson said. “It’s just building up and going further and further and further. And these guys are ready now. We’ve been going to McDougle Middle School and using their track on Sundays for an extra two-hour practice outside of all of our other practices.” 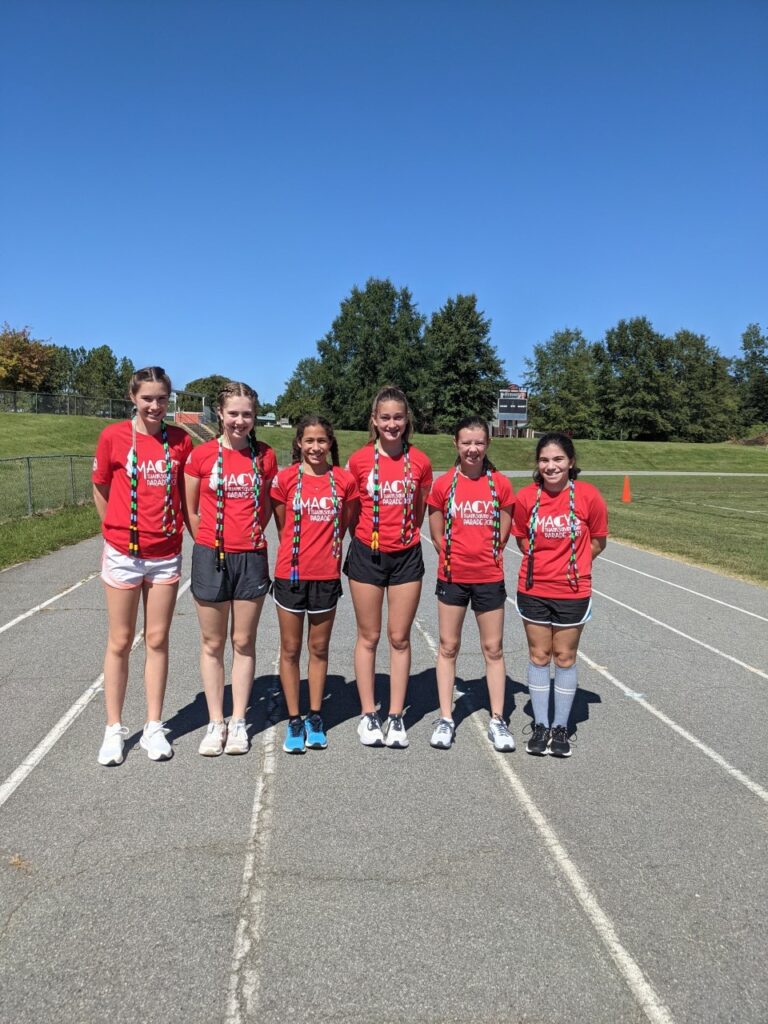 Members of the Aerotrix team practice at McDougle Middle School ahead of the Macy’s Thanksgiving Day Parade. (Photo via Gary Anderson)

Organized by the Heartbeats Jump Rope Team in Cleveland, Ohio, Aerotrix team members will appear under the acronym J.U.M.P. (Jumpers United for Macy’s Parade). While this will be the fifth time J.U.M.P. appears in the Macy’s Thanksgiving Day Parade, it will be the first time for athletes from the Chapel Hill group.

Cate Palmer is one of the six Aerotrix jumpers participating in the parade. A sophomore at Chapel Hill High School, she’s been jumping for seven years.

“Jump rope isn’t a sport that a lot of people know about,” Cate said. “So, the fact that it’s going to be on national television, and like that’s going to be us, is really exciting.”

Starting from Central Park, Cate, alongside 111 other J.U.M.P. athletes, will jump her way down the entire 2.8-mile course that winds through New York City. After arriving at the fabled Herald Square in front of the Macy’s Flagship Store, the group will be featured in a live one-minute broadcast on NBC with an estimated 50 million viewers.

“For the Herald Square routine, we do have a song,” said Cate. “It’s a version of Santa Claus is Coming to Town. It’s sort of a country version. I’ve definitely heard that song a lot recently.”

The choreographed routine consists of a complex inter-connected double-Dutch matrix, flanked on both sides by a single-rope routine. It will also include national and world jump rope champions, which Cate said has been amazing to be around.

“People that are like my heroes, I’m like, ‘wow, that’s someone who I know is really good and has been jumping forever and they’re just like right over there practicing with me,’” she said. “It’s really cool.”

Members of J.U.M.P. range from age 12 to 26. At just 13 years old, Aerotrix team member and McDougle Middle School student Adrienne Cook is one of the youngest. While this is her eighth year jumping, Adrienne said the thought of being on live TV in front of millions is still a little daunting.

“It’s really exciting just to be in it because it’s a very rare opportunity,” said Adrienne. “But the thing that I’m most nervous about is probably also having the people watching me because it’s kind of a lot of pressure. But I’m really excited.”

Other Aerotrix members participating in the parade include Miriam Weiler, Alexandra Govert, Ava Javorski, and Alexandra Dye. Anderson and coach Catherine Perry will accompany the
athletes on their journey to New York City.

Tune in to NBC at 9:00 a.m. Thanksgiving Day (EST) to watch members of the Aerotrix skip their way into the spotlight. 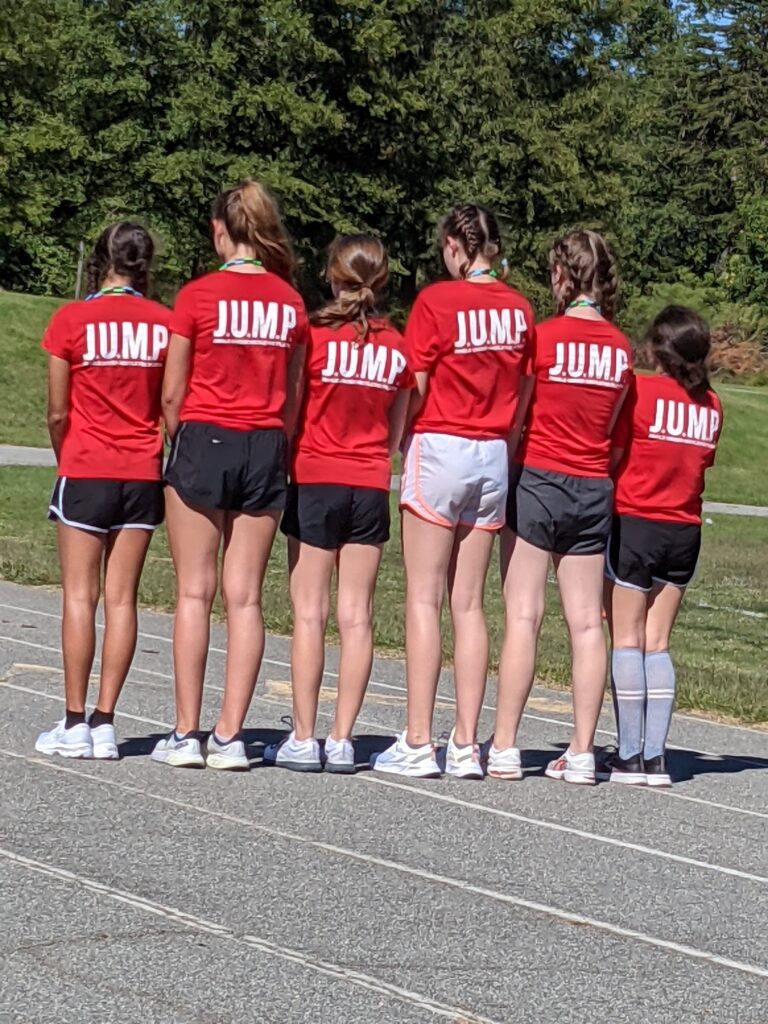