Orange County Will Not Recite Pledge of Allegiance at Meetings; Adopts Juneteenth as Holiday 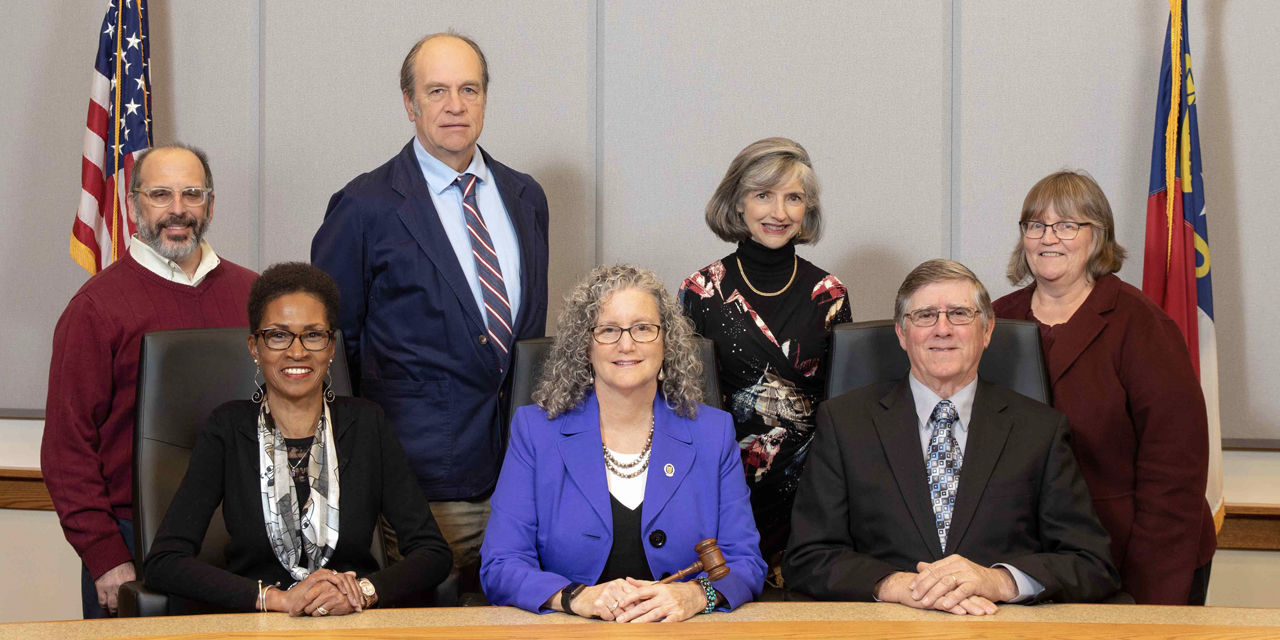 The Orange County Board of Commissioners voted against a resolution to open their meetings by reciting the Pledge of Allegiance of the United States.

During its first meeting back from a summer break, the board voted 5-2 against a resolution proposed by Commissioner Earl McKee on Tuesday. The county commissioners have not made saying the pledge a regular practice in the past, nor have other local governments in Orange County.

McKee brought forth the resolution as the result of a petition that pushed for the pledge to be recited, which circulated around Orange County earlier this year. His resolution said participation in the pledge would be optional for those attending in-person board meetings and it would be recited at four county commissioner meetings a year.

“Wearing patriotism on your sleeve would be reciting it every time we meet,” McKee said in response to a comment about the practice’s purpose. “It would become recitation by rote, it would lose some meaning. That pledge actually holds some meaning for me.”

McKee and Commissioner Sally Greene were those who voted in favor of the change. Greene explained her reasoning, saying she could see the act as “reclaiming” the country’s principles against materialism and individualism.

“I’ve been thinking about the fact our democracy really is at risk right now in a way that we never imagined it would be,” Greene said Tuesday. “I think it’s a good thing to go back the first principles to say we do pledge allegiance to the flag and the democratic republic we hold dear.”

Other commissioners interpreted the request differently. Several said the manner it was brought forth to the board, by a county resident who described himself as a “nationalist,” felt like a move to shame the county officials for not regularly reciting it.

Chair of the board Penny Rich said she has not said the Pledge of Allegiance for years, citing the addition of “under God” in the 1950s as a lack of separation between church and state. She also said other parts of it ring untrue to her.

“I don’t think there is justice for all in our country right now,” said Rich, “there maybe has never been. I understand what you’re saying, Commissioner Greene, that this was meant to encourage us to have [those ideals], but it’s not working and I don’t think it ever worked.”

Commissioner Jamezetta Bedford said she voted against it because she’s heard it can be upsetting to some people who cannot or do not want to participate for religious reasons. She said those who felt strongly about doing it could perform the pledge before the meeting officially begins or at home.

Commissioner Mark Marcoplos said advocated for the board focusing more on the county’s needs than “hollow virtue-signaling.”

“We’ve been spending a large part of our lives serving the community, state and nation working on real issues that affect residents in the future,” he said. “There’s no need for us to say a few words to communicate any kind of patriotism.”

There were many other items on the commissioners’ agenda for Tuesday night. The board unanimously passed a resolution making Juneteenth an official county holiday. On June 19 each year, county employees will have a paid day off in order to observe and celebrate the liberation of Black people from slavery following the Civil War.

Chapel Hill and Carrboro approved Juneteenth as town holidays during special meetings earlier this summer. The county’s resolution also urges state and federal legislators to do the same in making it an official holiday.

In addition, the board of commissioners unanimously approved new construction for the Orange County Veterans Memorial. Built above the Orange County Human Services building in Chapel Hill, the memorial completed Phase 1 of construction in 2016. Fundraising efforts have raised more than $137,000 to move to Phase 2 of building the memorial, which will eventually feature a 40-foot flagpole, a ceremonial circle, lighting and a walking path.