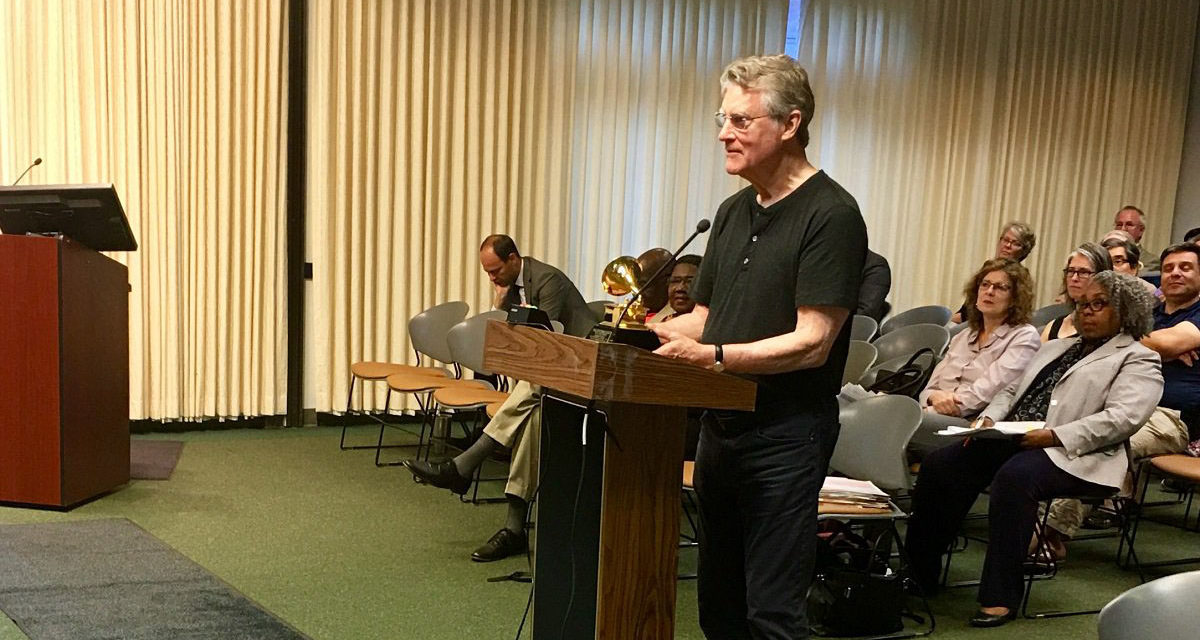 Bill Ferris has spent much of his life chronicling the South. He is a history professor at UNC and a former chairperson of the National Endowment for the Humanities.

He also won two Grammy Awards earlier this year for his 2018 publication Voices of Mississippi, which was released as a box set containing recordings of blues, gospels and stories as well as a documentary.

Ferris was honored by the county commissioners on Tuesday night with a resolution recognizing his accomplishments.

“Teaching at the University of North Carolina and living in the state of North Carolina and in the great city of Chapel Hill is a special honor because of the rich history of music – from Doc Watson to Nina Simone to James Taylor,” Ferris said. “This community is a wellspring of music and having an honor such as this from you all touches my heart.”

Ferris was also previously nominated for a Pulitzer Prize.

The William R. Ferris Collection is located in the Southern Folklife Collection of the Wilson Library on the UNC campus.