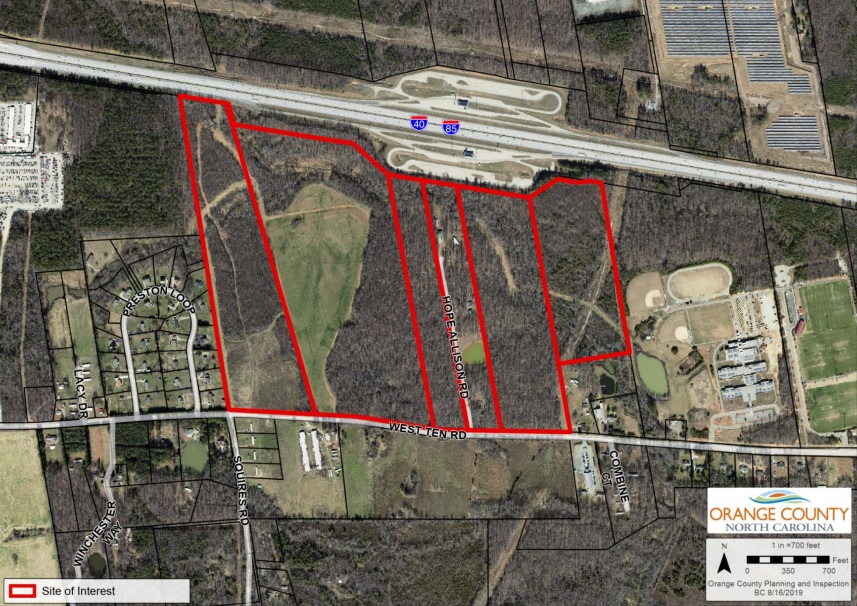 A new distribution center might be coming to the Mebane area.

The Board of Orange County Commissioners will hold a public hearing Tuesday to discuss an economic incentive package for Medline Industries. Medline, an Illinois-based manufacturer and distributor of medical supplies, is eyeing a 172-acre site off West Ten Road. The area is in Orange County’s Buckhorn Economic Development District, which is land designated for manufacturing, wholesale and retail uses.

Orange County is considering a performance-based economic package to incentivize Medline building on the site. Medline say it expects to create 250 new jobs in its first five years and could reach 600 jobs in its first 10. If the new factory meets yearly benchmarks of jobs created, the company would receive more than $1.8 million in tax incentives over the course of five years. The company is also in line for $1.725 million from the state and $803,000 from Mebane in incentives.

Chair of the Board of Orange County Commissioners Penny Rich spoke with WCHL’s Aaron Keck recently about the economic projects the county is planning. She said the county has multiple development projects in the works, with this Medline project coming just two months after the board approved incentives for Swiss manufacturer ABB.

“I’m really excited,” said Rich. “I think job creation is something we’ve been trying to do in Orange County for a really long time, and we’re finally doing it. I can check that off from my box. I’ve been a county commissioner for almost eight years, and we keep [stressing] economic development. And here we are, we got it.”

The $65.3 million project would create a 1.2 million-square-foot distribution center, where Medline medical supplies would be shipped to hospitals, healthcare providers, EMS agencies and more.

If Medline builds the facility near Mebane, it will be the company’s second location in the state. A distribution center in Lincolnton, has been operating since 2013.

The public hearing on the performance-based economic incentives will be held at the Southern Human Services building at 7 p.m. It will be followed by a work session by the Orange County commissioners.