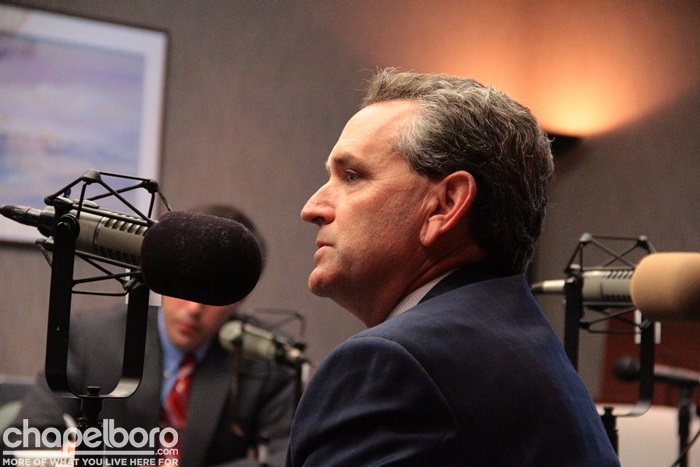 Will Bubba Cunningham be tempted again?

Almost three years ago, Carolina’s athletic director had a contract for the same position at the University of Florida sitting on his desk at home. It was reportedly for twice as much as he was making running the Tar Heels’ program.

UNC’s Board of Trustees upped his compensation package, but nothing near what the Gators were offering. Cunningham liked Chapel Hill and wanted to see the university through the athletic and academic scandal that was tarnishing the school’s image.

The NCAA did not penalize UNC, and despite sniping from rivals or uninformed critics that will continue for years Cunningham became a hot commodity in college athletic circles, rumored as the next AD at his alma mater Notre Dame, or maybe even the successor to NCAA President Mark Emmert. All speculation at the time.

Carolina basketball went on to reach its second straight Final Four and win the 2017 national championship, that banner being unfurled the very day the NCAA ruling came down. UNC suffered for sure with its esteemed reputation, and it cost an estimated $25 million to defend and win the case against the NCAA allegations.

Then came the collapse of the football program under Larry Fedora, the coach Bubba hired. However, today he is getting the credit for luring Mack Brown out of retirement, as the team Brown inherited has already equaled the total wins from last year and doubled the victories of Mack’s first 1-10 Carolina season.

Other AD jobs have opened, but none better than what Bubba has now. Until this week. Southern Cal’s beleaguered athletic director Lynn Swann resigned amidst scandals and controversies that have rocked the Trojans’ program over the last year. And, of course, USC’s new president is Carol Folt, UNC’s Chancellor until last January.  Swann was a college and pro football legend, and Folt is likely looking for a top administrator and businessman.

Cunningham did not return text messages asking whether he was interested in the Southern Cal job and working again for Folt, who was his boss here for six years. Bubba has never worked out west, but the Southern Cal endowment is more than $5 billion, which means the private school could pay him just about anything he asked for or wanted.

I emphasize, there is no reason to think Cunningham will leave other than the Folt connection. But until he says so, rumors will fly.