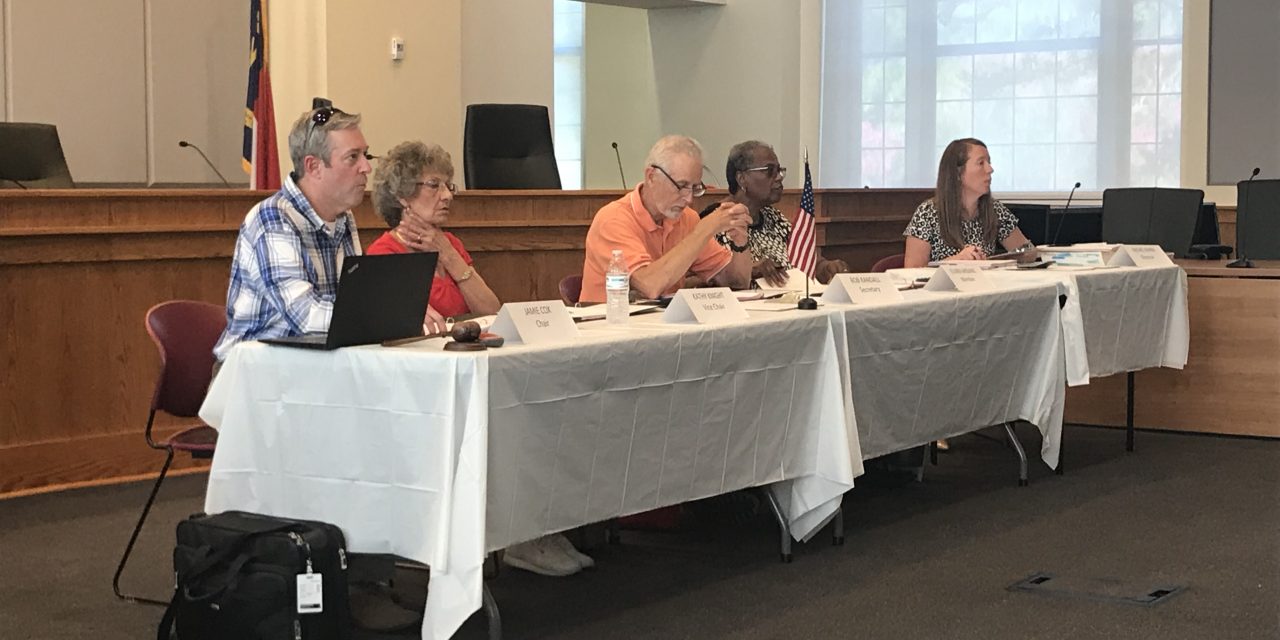 County Board of Elections chair Jamie Cox said after Tuesday’s meeting that he did not believe the board would be able to come to a unanimous proposal before the approaching deadline.

“I think it’s highly unlikely given what my colleagues signaled their priorities and intentions were,” Cox said, “especially Mr. [Bob] Randall. I don’t see us moving forward with a unanimous plan.”

Randall said during the meeting that he would not vote for any proposal that included Sunday voting hours.

Sunday voting has been a point of contention for years in Orange County.

“I’ve received a lot of input from the community,” Cox said. “A lot of people were not very happy with me, actually, for my initial proposal not having Sunday hours last time. And I heard that. So, I know it’s a priority.”

Cox put forward two plans on Tuesday that both included Sunday voting. The board voted 2-2 on each plan, meaning neither would move forward.

Tuesday’s meeting included public comment where many residents asked for Sunday voting hours, but there were members of the public who asked the board to continue operating without Sunday hours.

This year’s negotiations were also complicated by new legislation passed by the North Carolina General Assembly, which requires early voting sites to be open from 7 a.m. to 7 p.m. Monday through Friday and all early voting locations to be open uniform hours on weekends. That will require the county to hold a major increase in early voting hours overall, although Cox said it would be more beneficial for the county to have discretion over using those hours strategically.

“Bob [Randall] came back to the total number of hours again and again,” Cox said of Tuesday’s meeting. “And it’s a lot of hours, and it looks like a really big number. But, as he said, there would be a lot of those hours that are just not utilized.

Cox said he and the other Democrat on the board, Elvira Mebane, would be submitting one plan to the state board for consideration calling for the five sites that have been used for early voting in recent years to be open from 7-7 weekdays, 8-3 on Saturdays and 1-3 on Sundays during the early voting period.

That proposal will result in more than 900 hours of early voting being offered in Orange County, which Cox said at Tuesday’s meeting was nearly triple what has been used in previous years.

Both Republicans criticized the GOP-dominated General Assembly for taking away the flexibility from the county.

The two Republicans on the board – Kathy Knight and Bob Randall – did not agree to one plan during Tuesday’s meeting. Each member has the opportunity to submit a plan to the state board, which can then choose one plan to implement or create a brand new plan to be used in Orange County.

That decision is expected to come at a meeting early next month.