Transit, Stormwater Among Concerns for Redevelopment of University Place in Chapel Hill 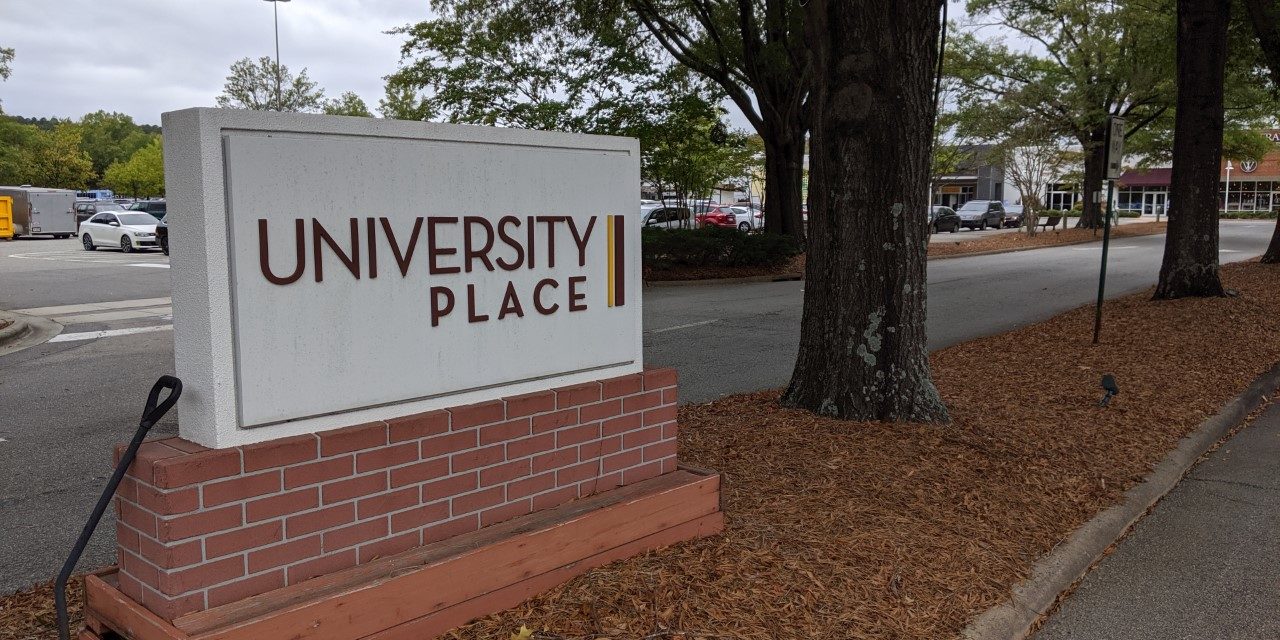 Ownership of the University Place mall continued to receive their first round of feedback on concept plans of a reimagining of the property. The Chapel Hill Town Council shared their impressions of the initial designs last week.

The council’s review of the concept plans came just eight days after Ram Realty, the ownership group of the mall, heard feedback from the town’s Community Design Commission. Council members expressed encouragement over the redesign of the mall, which features more outdoor areas and pedestrian access than the current enclosed mall according to the concept plans.

University Place’s location on a flood plain, however, presents challenges to renovations or development along South Estes Drive, as the area has been subject to severe flooding. Like the Community Design Commission, town council members expressed concern over the ownership group’s lack of strategy for addressing those past issues.

Council member Michael Parker said he liked the redesign and its vision, but wanted to see more preparation for traffic from Fordham Boulevard. He pointed to the possibility of a transit corridor being developed alongside the mall during the renovation’s timeline, which remains a possibility despite the end of the Durham-Orange light rail project.

“I think you should start thinking about how you would integrate a high-capacity transit corridor on Fordham into your project,” Parker said. “Maybe you need to be thinking a little bit about making a more robust entryway so you at least allow for the possibility, if not a certainty, of a BRT off of Fordham.”

Council members also made comments about the lack of changes to the large parking lots on either side of the mall. Director of Investments of Ram Realty Ashley Saulpaugh said differences between tenants on long-term leases makes it so some parking lots cannot be altered.

“We have a lot of constraints and a lot of things we can’t touch,” said Saulpaugh. “While we’d love to [do so] and it’s not an appealing condition to have this large parking lot as this main feature, we’re going to do what we can to soften it. But, legally, we can’t touch it.”

WCHL moved its studios to University Place in October 2016. Ram Realty purchased the mall in 2018.