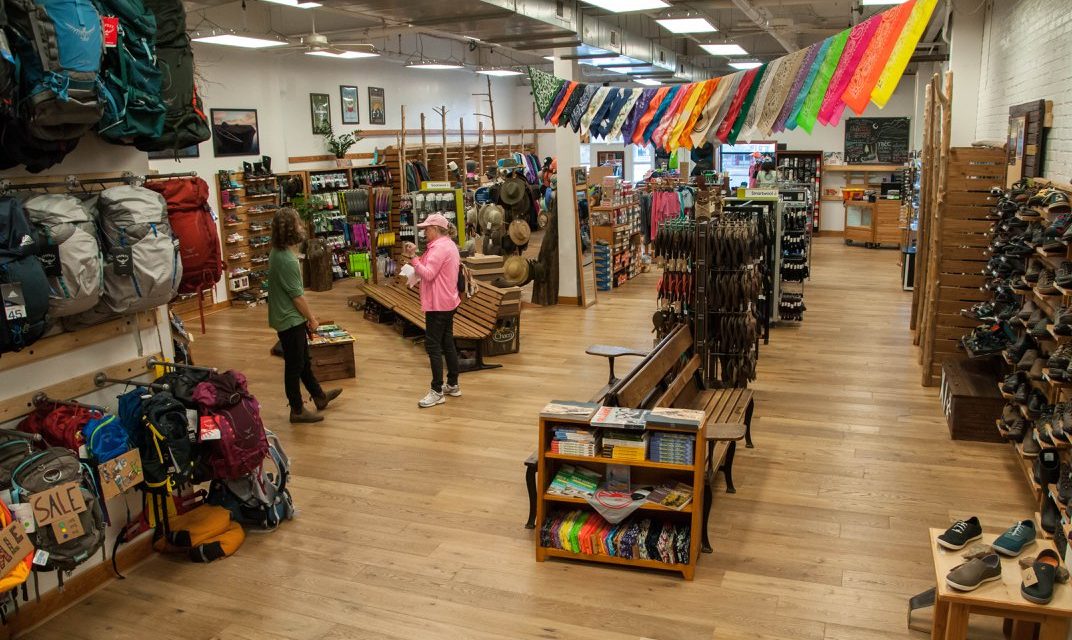 A business staple in downtown Carrboro will soon close its doors after more than three decades.

Townsend Bertram & Company outfitters shop in Carr Mill will be closing for good in the next few weeks, according to its owner Audrey Townsend.

Townsend started the business with her husband, Scott Bertram, in 1988. It’s remained at its spot in the mall all 32 years, and Townsend told Chapelboro she has always loved the space.

“I’ve been going down memory lane in this week preparing for our retirement sale,” Townsend said. “When we first rented the space and it was just the two of us, we would go in there and roller skate with music really loud while we were preparing [the shop] to be opened.”

Additionally, Townsend said she’s always loved her, Bertram’s and the store’s role in the Carrboro community. She described the fun her husband had scaling one of the big trees outside their shop to string holiday lights each year and the fun she would have talking with people whether they visited to buy new hiking boots or simply to chat.

“Every day was fun,” said Townsend, “it was sort of like having a party every day to me. I enjoyed being in the store talking to people about their trips, families and adventures outside. We’ve supported many things and the community has supported us in many ways.” 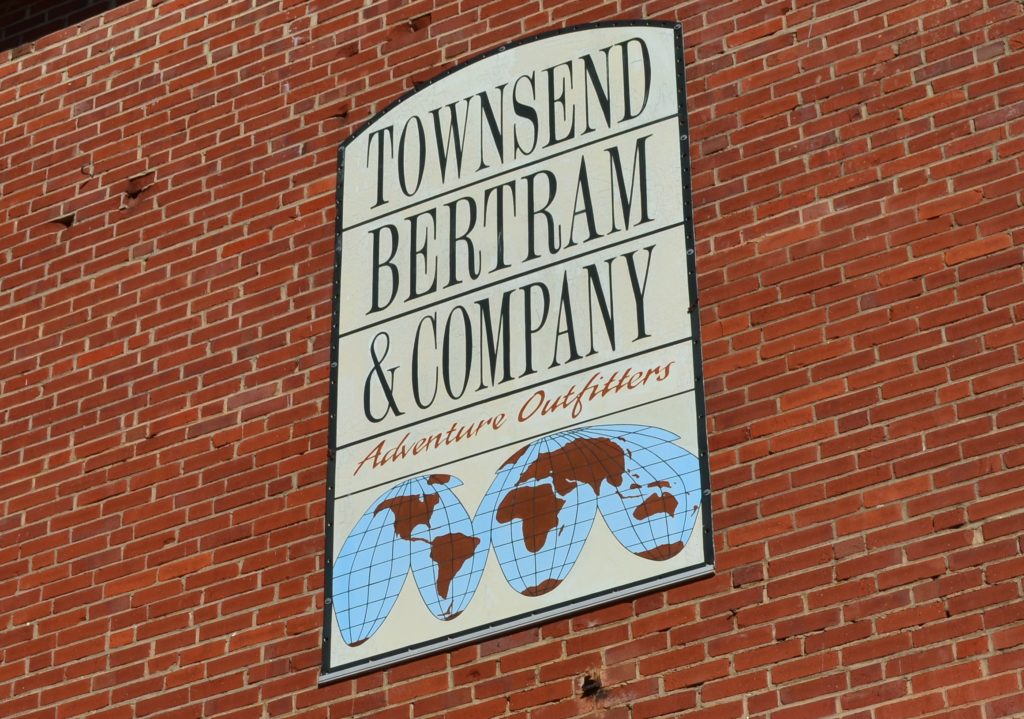 Townsend Bertram & Company has called Carr Mill its home since 1988.

Townsend said the decision to close Townsend Bertram & Company comes with her decision to retire, with many elements leading to the choice.  Scott Bertram passed away in 2017 after a battle with cancer, causing Townsend to step back from the business for a period. She said with the shop’s lease with the mall recently expired, her oldest daughter moving from the area and the coronavirus pandemic creates an unclear future, she had been considering retirement for a while.

“On my own, it just wasn’t as much fun as doing it with my family,” Townsend described. 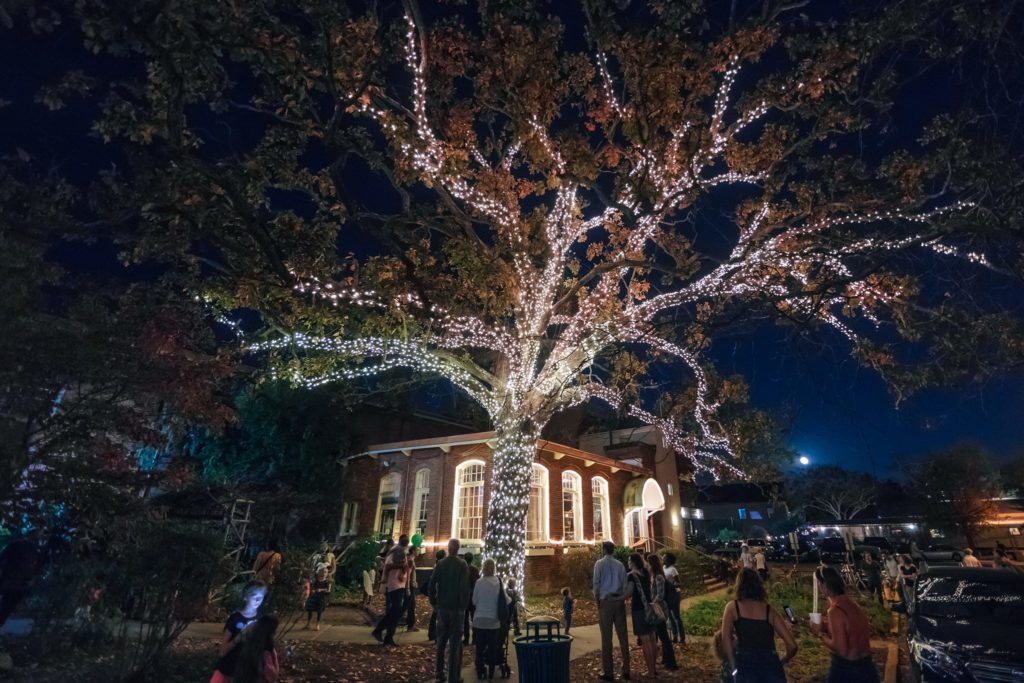 The annual tree lighting outside Townsend Bertram & Company for the holidays was orchestrated by Scott Bertram.

Before the outfitters shop closes, however, Townsend Bertram & Company plans to hold a big retirement sale.

With all public safety protocols followed, Townsend said she plans to open up her entire inventory and mark big discounts. Whether its outdoors items or even wood pieces crafted her husband, the shop owner said everything will be fair game for the next month.

“We’re also having a silent auction, if anyone is interested in the pieces of Townsend Bertram & Company,” Townsend said. “We’re having daily raffles and giving away prizes. I’m hoping it will be a fun event.”

The Townsend Bertram & Company retirement sale will begin on Wednesday, October 28, following the shop being closed Sunday through Tuesday in preparation.