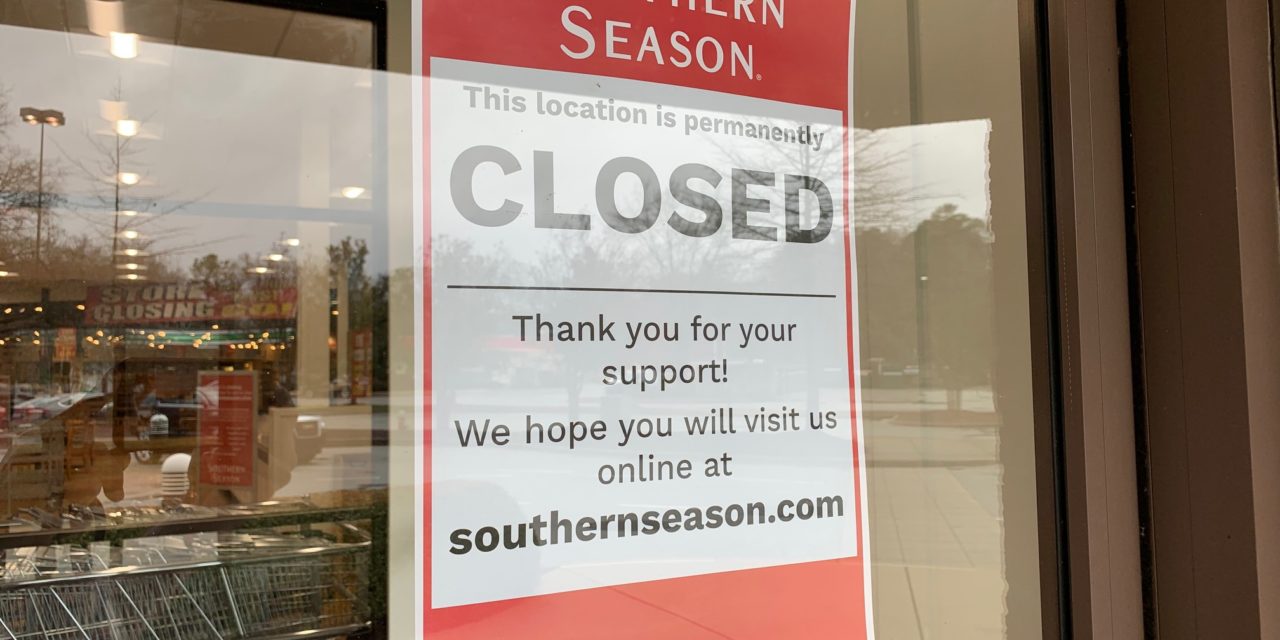 Calvert Retail, which owns the longtime anchor tenant, announced in November that the store will be closing in early 2020 after more than 44 years.

“Southern Season is an incredible business, and I firmly believe that the concept is part of the future of retail; However, it requires a more robust organization and more capital than I can provide as a small business owner,” Calvert Retail owner Eric Brinsfield said in the release announcing the closing. “I have made the difficult decision to close the Chapel Hill retail store and focus on our online business from our facility in Graham, NC.”

Signs at Southern Season owned-and-operated restaurant Weathervane were posted on November 11 announcing that the restaurant was closed.

University Place was purchased by Ram Realty Advisors in late 2018 and the new ownership group has submitted plans for a major redevelopment to the entire mall and surface-level parking lot.