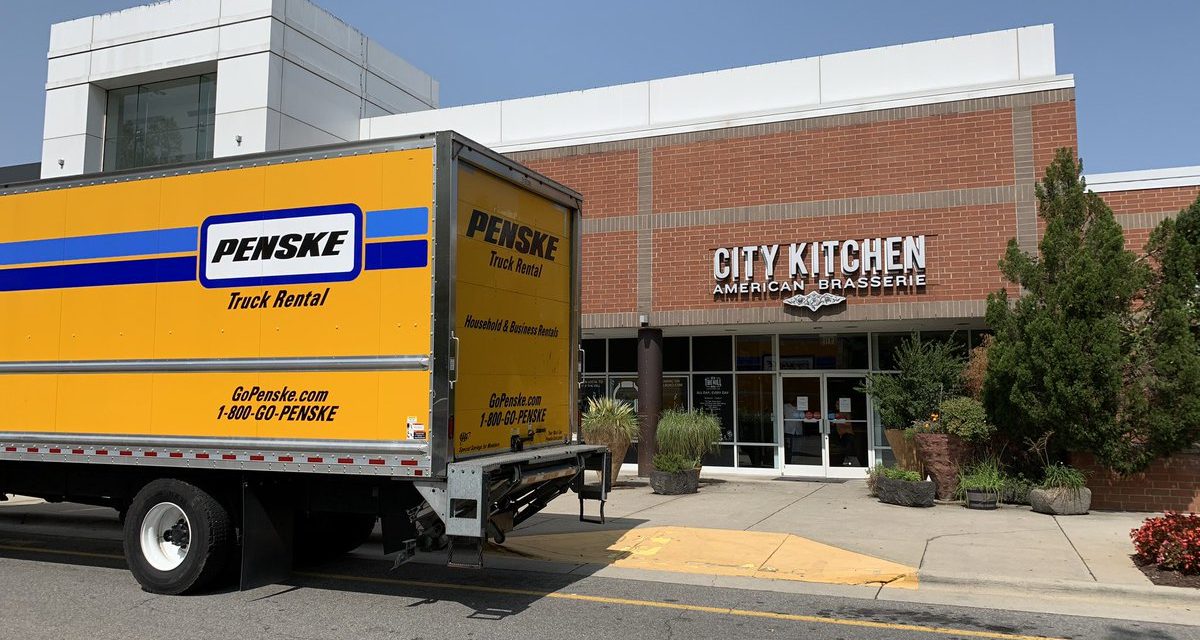 By all appearances, the City Kitchen restaurant at University Place will not be reopening.

The restaurant, a popular one in Chapel Hill, was emptied out Wednesday afternoon, with all kitchen equipment, dinner ware and furniture being loaded into trucks.

City Kitchen continues to move furniture out of their restaurant.

The restaurant at University Place mall has been closed since March due to the COVID-19 pandemic. It did not reopen when Governor Cooper's executive orders allowed restaurants to open for takeout, dine-in, etc. https://t.co/Ut9EWD2uYt pic.twitter.com/ADAaGvhtd1

Bakatsias’ group has operated in the space since 2000, first as a restaurant called Spice Street before converting it to City Kitchen. The space is near part of the University Place mall under consideration for redevelopment by ownership.

The Giorgios Hospitality & Lifestyle Group moved another one of its restaurants during the pandemic. Kipos Greek Taverna closed and announced it would be leaving its West Franklin Street location to a new spot in Chapel Hill’s Eastgate Crossing Shopping Center, formerly occupied by Babalu.

You can find other restaurants open in Chapel Hill, Carrboro and around Orange County amid the pandemic on Chapelboro’s What’s Open and Closed? Restaurant Page.