Report: Parents of UNC Football Players to be Allowed at Remaining Home Games 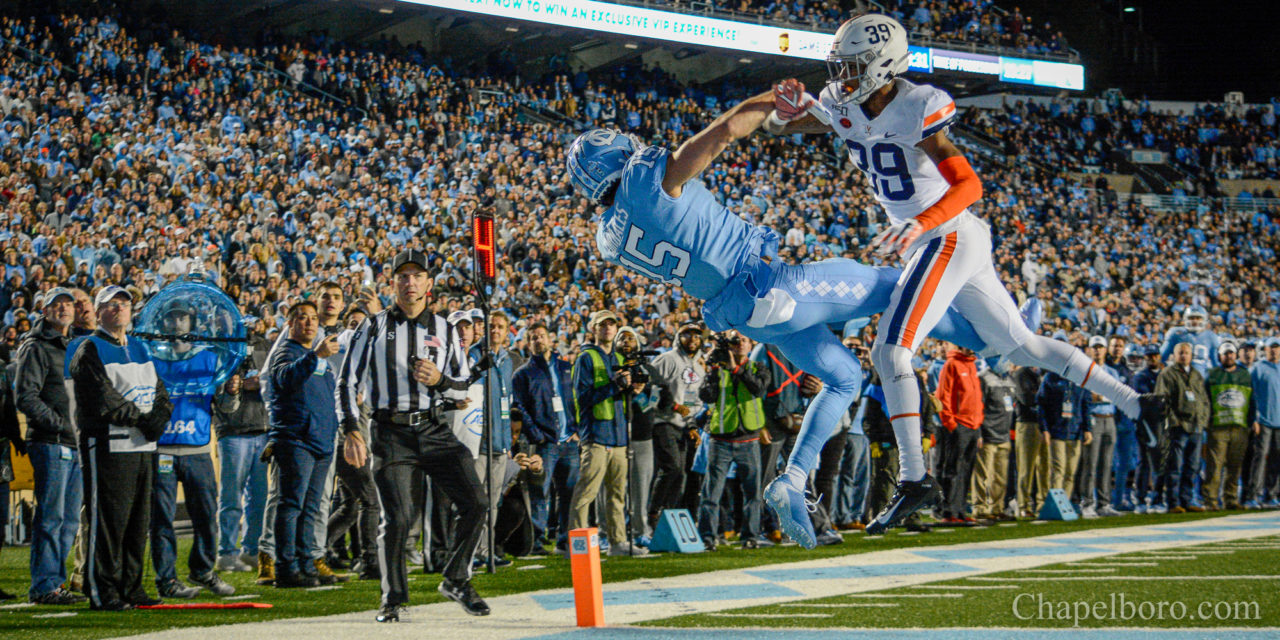 After campaigning to be allowed into Tar Heel football games, parents of UNC players may have now gotten their wish.

A report from Inside Carolina on Friday said parents and family members of the football program received an email from head coach Mack Brown sharing the new attendance policy, a change from around 50 fans being permitted to prevent the spread of COVID-19. The outlet said a UNC spokesperson confirmed the university will provide a minimum of two tickets to each player for their families, with another source saying a total of 350 tickets will be distributed.

This change is a shift from state government guidance, which has previously said sporting events are not exempt from North Carolina’s mass gathering limit.

At the start of the fall sports season, UNC announced it would have no fans at home games through the end of September due to worries about the ongoing COVID-19 pandemic. While Tar Heel football was slated to host Charlotte for a game this Saturday, it has since been canceled due to Charlotte players testing positive for the coronavirus. The next confirmed UNC home game is October 10 against Virginia Tech.

Earlier this month, parents were pushing to be allowed into games, with some emailing Governor Roy Cooper’s office asking for an exception to the state’s mass gathering order limiting large crowds to 50 people. Brown said the program would also lobby the state government for a change to attendance. Inside Carolina reported shortly after that Cooper’s office denied a UNC request for families to attend the season-opener against Syracuse.

Orange County currently has a mass gathering limit of 10 people indoors and 25 people outdoors. Because UNC is a state institution and is governed directly by the North Carolina government, the campus falls under the statewide emergency order.