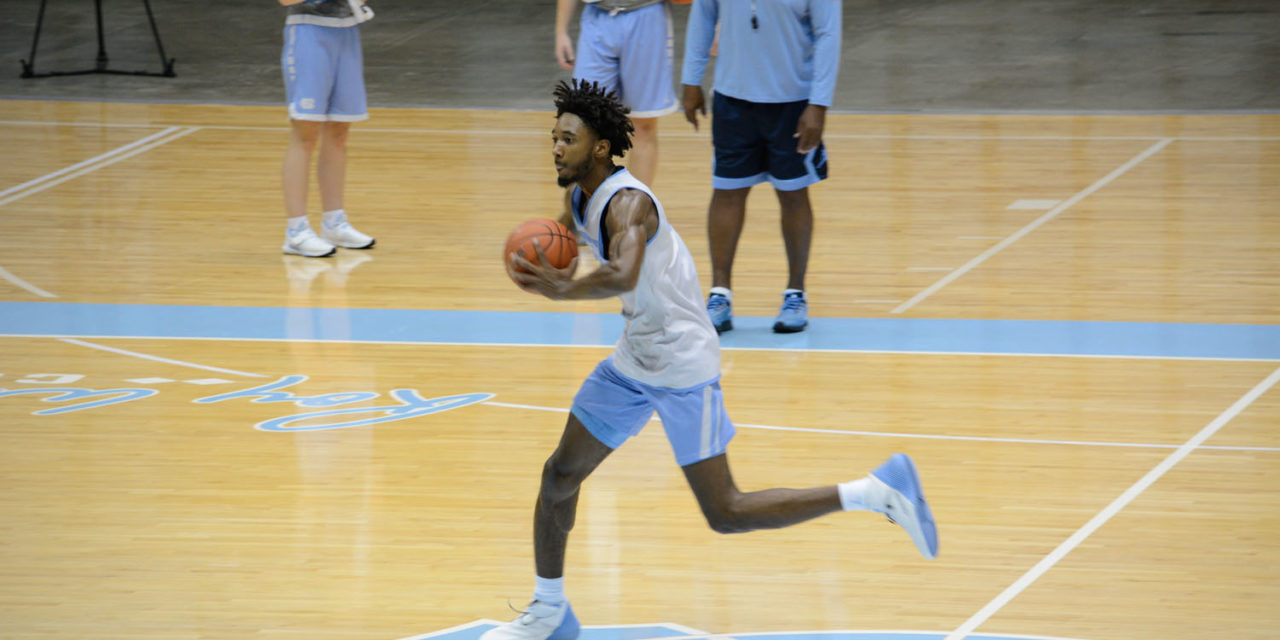 Is Leaky Black the most important, or the most forgotten, among the Tar Heels?

What, no Leaky Black? Williams called the 6-foot-8-inch sophomore from Concord “in many ways, maybe our most important player because he can do so many things” after Late Night with Roy.

Black has also been a forgotten man since his high ankle sprain cost him almost half the 2018-19 season. Even healthy, Black would have had a hard time getting quality minutes away from a lineup that was both talented and experienced. But in 13 games, he did show flashes of his athletic and basketball brilliance.

Whether it’s the lingering effects of the ankle of something else, Black has been on the court for about 30 percent of the practices. He went full bore during the Late Night scrimmage but apparently is being eased into going all out. Williams doesn’t want to lose Leaky for any part of this season because he is so valuable, especially on the defensive end that will be really important in 2020.

“When he’s on the court, our team is completely different than it is when he’s not out on the court,” Williams said. “We’ve got to get him out there. He’s better defensively than anybody else, he gets his hands on more balls, he gets his hands on more offensive rebounds. The shot hasn’t been going in for him yet this year, but he’s got such a small sample of shots that he’s taken.”

Junior leader Brooks won more defensive awards than anyone last season, but admits it was because of Black’s injury. He says he expects to fight it out with Leaky for that distinction.  On offense, the head coach says point guard Anthony is the only player on the team he trusts with the ball more than Black.

A starting five of Anthony, Robinson, Black, Brooks and Bacot, with the grad transfers the first subs off the bench in the front and backcourts sounds formidable — even with Andrew Platek, Sterling Manley and freshmen Jeremiah Francis and Anthony Harris now hurt.

For a guy who was overshadowed by fellow freshmen Coby White and Nassir Little, Leaky remains a mysteriously important figure.