Chansky’s Notebook: We Get The Picture! 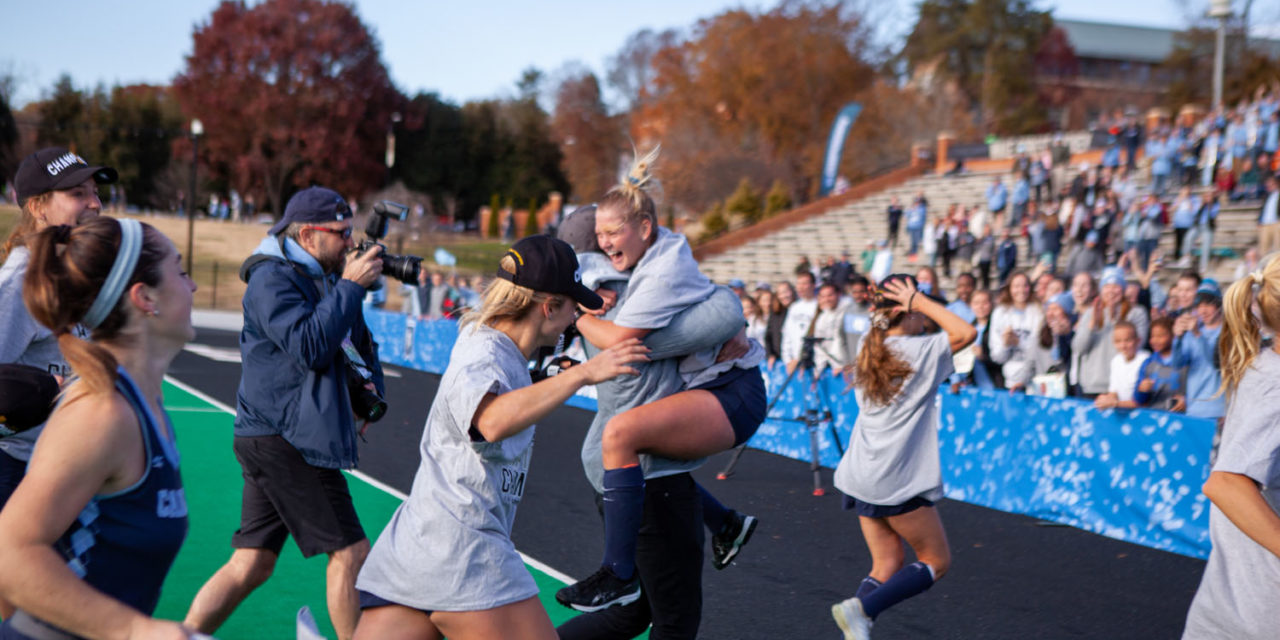 I looked hard, but could not find Karen Shelton in the team picture.

Karen Shelton didn’t join the team in its celebratory photo after whipping Princeton 6-1 at Wake Forest on Sunday. After 39 seasons, 715 wins, 22 ACC championships, a record 36 trips to the NCAA tournament, 11 straight and 24 total Final Fours, and 10 runner-up finishes to go with her eighth titles, Shelton conveniently finds her husband, Willie Scroggs, and family and friends to hug while her ladies are posing.

So, of course, you believe her when Shelton says repeatedly how much she loves to represent the University of North Carolina? Her resume is, pick the word, unbelievable or unfathomable or even unthinkable.

Another great thing about Shelton is that she keeps reinventing herself and her program. Twice, from 1997-2007 and 2009-2018, the Tar Heels had long hiatuses from raising the trophy only to come back with another run of hardware. And this time has to be the best of the bunch.

When more schools are playing field hockey than ever, Carolina has posted consecutive 23-win seasons and, looking at the balance on the roster, why not another unbeaten team in 2020? Old Dominion is the only other school to win back-to-back field hockey national championships, doing so twice in 1983 and ’84 and again in 1991-92. Since then, the competition in the sport has increased exponentially.

Yes, you can talk about the latest group of great players Shelton has recruited and coached – like NCAA tourney MVP Erin Matson, or teammates Yentl, Amanda, Eva, Marissa and Catherine.  But while the coach so often defers to her players, this time we have to put the credit squarely on her.

This is an accomplishment that beats the records of all UNC’s other Hall of Fame coaches. When you compare her accomplishments, they are absolutely mind-boggling. And while she won’t pose with her players after they rung up yet another title, it is time to put Karen Shelton squarely in the picture.

It was fitting that this championship was earned only 90 minutes away from Chapel Hill, so a boisterous group of Tar Heels was there to see more history made. Kudos, Coach!