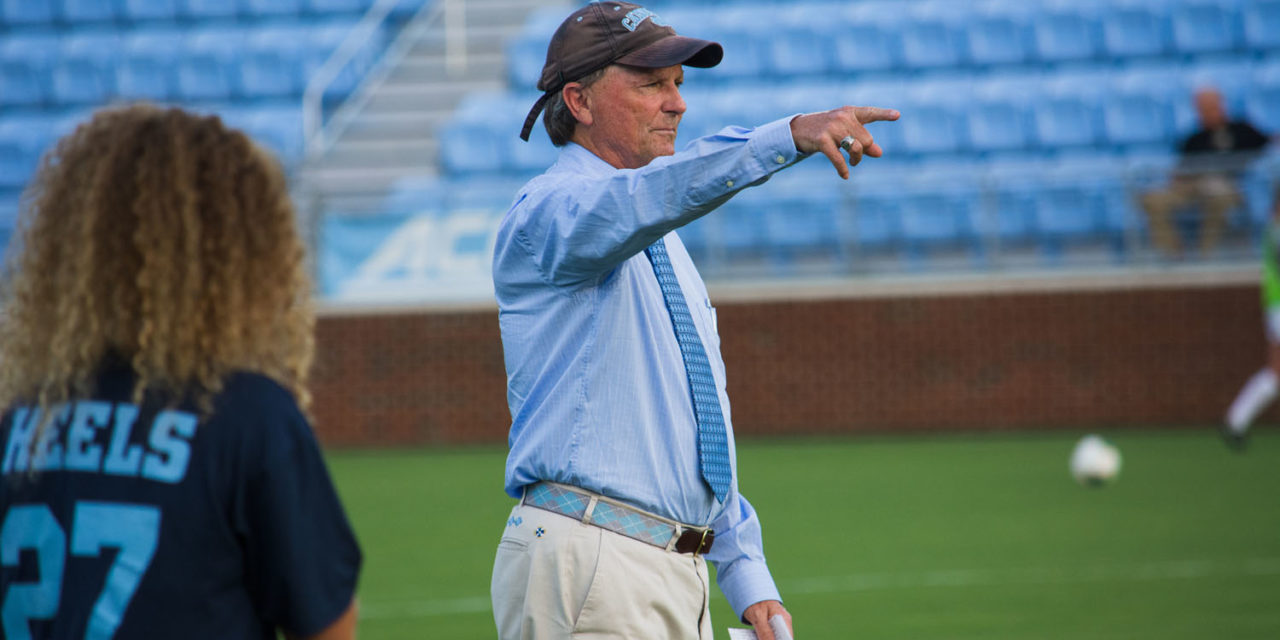 I wonder whether this is getting old for Anson Dorrance.

At least last year, when the Carolina women’s soccer team lost to Florida State in the NCAA championship match, Dorrance and his players had a short ride back from Cary to Chapel Hill and their friends and families.

This time, after the Tar Heels played 110 scoreless minutes against Stanford and lost 5-4 on the heartbreak of penalty kicks, they were stuck some 3,000 miles away where they wanted to be beamed back home.  For Anson, in his 41st year, there was no more telling graphic shown on ESPNU than his resume of 871 wins, a 90 percent victory rate and 22 national championships. That is the data behind the monster he created that I have spoken to several times over the years.

It is no coincidence, and certainly no indictment of Dorrance, that his so-called national championship drought has now grown to seven years. Back in the days when he used to squeeze one NCAA trophy after another into the case, he was still the architect of women’s soccer, not the victim.

His program was the prototype against which all others were built and measured, and it was only because the Tar Heels with Mia Hamm and 74 other All-Americans he groomed did the sport explode across the American landscape. More girls were playing soccer in elementary school, middle school, high school and on travel teams around the country. Of course, he could no longer sign them all or most of them.

So when Stanford, which year in and year out has the best all-around athletic program in the country, wins its second national championship in three years by beating the creator on PKs, it’s no surprise that the cocky Cardinal goalkeeper shakes her jersey and gives the zip-your-lip gesture to TV viewers.  Whether true or not, she thinks most of the audience is Tar Heel Nation watching their team not win what had become its birthright.

But with UNC’s last title coming in 2012, and schools that recruited against the Carolina standard send Dorrance home unhappy, reaching its 29th College Cup should be the new normal Carolina is judged by.

We’re No. 4 is the same as We’re No. 1 for a program still with great players, but throughout and at the end of the season now plays against the same, that should be enough. It may not feel that way for the coaches and their squad, but once they get home, they should get that love.

Let’s give it to them in any way you see fit.