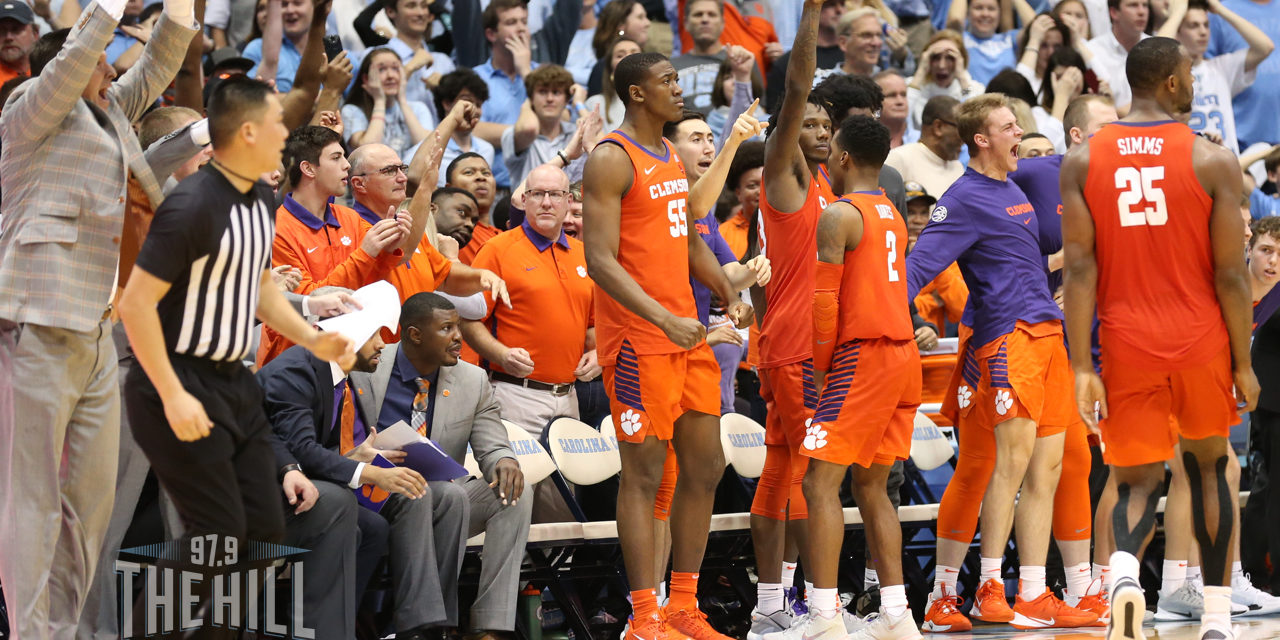 A few thoughts on Duke’s loss to Clemson.

My first reaction is why am I writing about Clemson for, what, the fourth straight day? Two stories last week were on the Tar Heels trying to run their home record against the Tigers to 60-0, both how they would because they always had.

Then, yesterday demanded some words on LSU and Joe Burrow spoiling Clemson’s fifth straight trip to College Football Playoffs and fourth national championship game. Most of that was about what Carolina had to do to dethrone Dabo’s five-time ACC champs next season.

And, just when I thought enough on the Tigers, they pulled my back in with their surprising upset of second-ranked Duke, an outcome that may have dropped the Tar Heels to last place in the ACC standings and power rankings.

Maybe Aamir Simms wasn’t just some big guy who got hot at the end of the game Saturday to force overtime. Maybe Tevin Mack is one of the best guards in the ACC after his 22 points and 9 rebounds v. Duke to follow up his 17 before fouling out here.

Mostly, around midnight, why wasn’t the story pasted all over the home page of ESPN.com? Did Bilas and Vitale tell them it wasn’t much of a story, Clemson beating Duke at home for the first time in this century?

Last week, when I watched Clemson lose to Miami, there weren’t many people in Littlejohn as Brad Brownell lost his fifth home game of the young season. It wasn’t filled Tuesday night either, since thousands of Fear-the-Paw fans were taking the slow ride back after a sleepless night in the Big Easy.

But those who were there stormed the court after the 79-72 win over the Blue Devils, playing without Wendell Moore and Joey Baker, who are giving Coach K a rare deep team.  So is Clemson worse than we thought in football and better than we thought in hoops? Or does Duke have another great team that will eventually take it on the chin from a foe with tougher guys in the middle?

Lot to think about, I guess. No Clemson tomorrow, I promise.