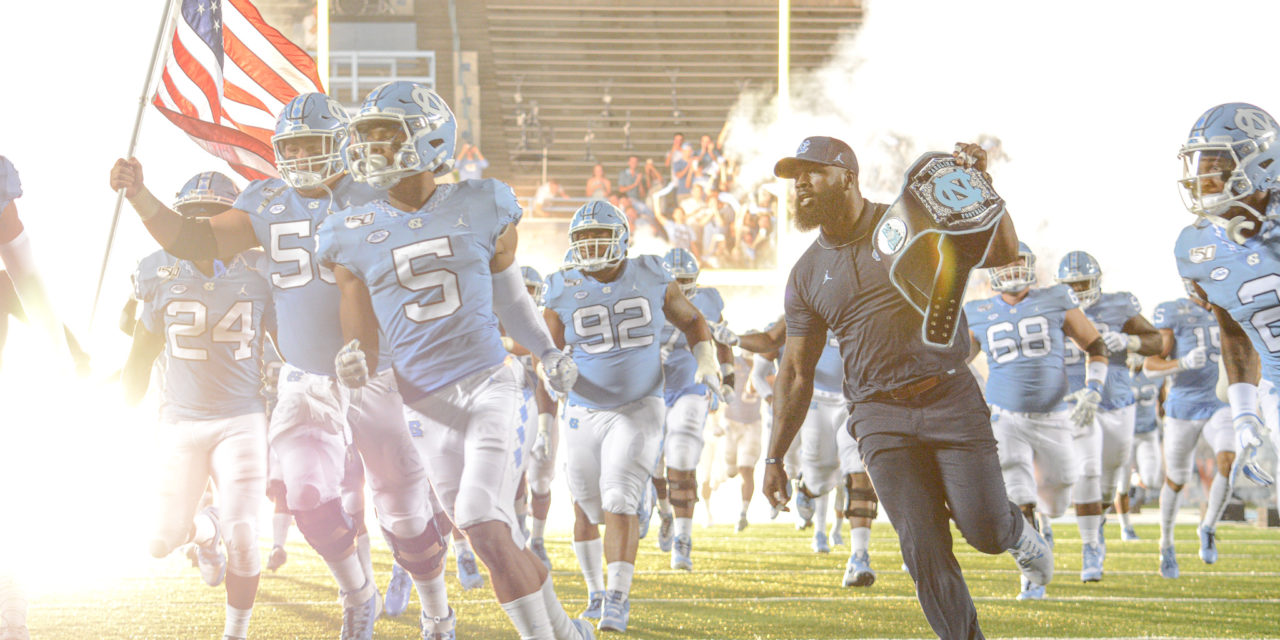 The ACC football season is sure off to bizarre start.

When he was here the first time, Mack Brown used to talk in comparative analysis coach-speak, such as Team A beat Team B and Team C beat Team A, so Team C must be the best of the bunch. He may be out of that habit or just can’t figure out how to put into words what has happened in the ACC so far in this young season.

So let me try. Georgia Tech lost to The Citadel. Boston College got blown out at home by Kansas after the Jayhawks lost at home to Coastal Carolina. Virginia Tech beat BC but needed a comeback to beat Furman. Once-powerful Florida State is a missed extra point by Louisiana-Monroe from being 0-3. N.C. State lost by two touchdowns to West Virginia which lost by 30 points to Missouri. Syracuse lost to Maryland by 43 points a week before the Terrapins lost to Temple.

A few of the ACC’s 14 football teams have made some sense, if you consider Carolina beating South Carolina and Miami and losing at Wake Forest making sense. The Deacons are 3-0. Miami is 1-2 but could be 3-0. Duke has squished two cupcakes after losing to No. 2 Alabama. Pitt is 1-2 but missed a great chance to upset Penn State. Louisville is 2-1 after beating Eastern/Western Kentuckies, 80-21.

That sounds like pablum, but some pundits see a pattern leading to so-far unbeatens Clemson and Virginia playing in the in the ACC championship game – with the winner going to the College Football Playoff and the loser to the Orange Bowl. Huh?

One explanation is Clemson, of course, is going undefeated again on the way to the Atlantic Division title, and Virginia is ranked higher than seven of its remaining nine opponents, the two being at Notre Dame and at Miami, both I can see the Cavaliers losing along with the one in Kenan Stadium on November 2. The only thing that has been settled in my mind is every team in the Coastal can win the division except Georgia Tech, with its new coach and new offense.

The Tar Heels will add to the madness no matter what happens here Saturday. Appalachian State is a giant killer with 28 wins over the last three years; the Mounties winning wouldn’t be a surprise, especially with a dangerous running back and quarterback. But Carolina is a slight favorite and, with another full house rocking the old lady in the pines, should find a way to win.

That would make the Heels 3-1 with Clemson coming to town next week. And that might be called the best record in the crazy ACC against the toughest schedule so far.