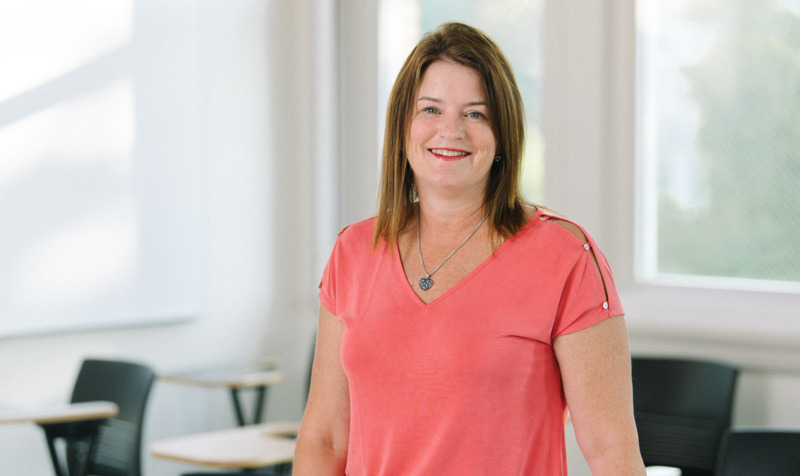 Dr. Dorothy Espelage joined the UNC School of Education in July 2019 one of the world’s leading experts on bullying, her research has led to interventions, policies, and laws intended to protect students and make schools safer.

“I think the media has paid quite a bit of attention to the school shootings,” Dr. Espelage said. “As much as researchers — my colleagues — want to say that you’re safer in schools than you are in restaurants, the reality is is that parents out there are quite anxious about sending their kids to school everyday or putting their kids on a bus.”

From a research perspective, bullying is defined as a form of aggression that tends to be between unequals.

While the common thought is that bullies are big kids lacking in social skills, there is another group of bullies that isn’t getting much attention.

“Those are the kids that we call the Machiavellian bully,” Dr. Espelage said. “They have a heightened theory of mind. They can turn their behaviors on at off, they have high social capital and some of our schools are overrepresented and athletic groups are very popular.

“Everybody wants to be friends with them. They will never be turned into the principal’s office and so there are no consequences for those types of kids that engage in high rates of bullying because it works for them.”

According to Dr. Espelage, one aspect that cannot be overlooked is the importance of the teacher-student relationship.

“The research is very clear that when kids have a single best friend in the school, but also a really close relationship with an adult in the building, their depression is less.”

Along with lower depression levels, anxiety and aggression go down and test scores increase if a student has close relationship with a teacher.

In Dr. Espelage’s research, finding the marginalized students who might be targets of bullies is often a challenge.

“I think it’s important to understand that there are a number of marginalized youth and that varies by the context, but certainly students with disabilities, gender and sexual minority youth more recently undocumented students or immigrant populations as well of kids color are all at risk.”