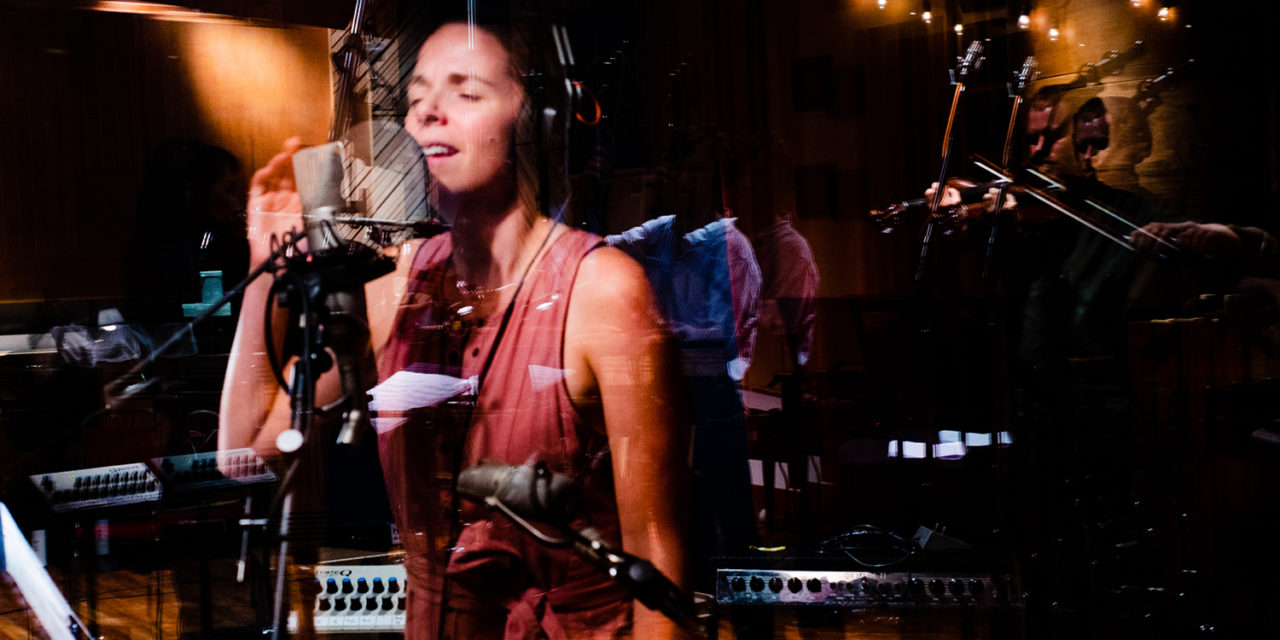 This week we shine the Yep Roc Artist Spotlight on Aoife O’Donovan and her new single “Pretty Bird.” She’ll be bringing her Songs and Strings tour to Carrboro’s ArtsCenter April 16 and tickets are going fast! Order yours here!

“Sometime in the early 2000s, the producer and bass player Todd Phillips asked me to be a part of a Hazel Dickens tribute album. I immediately said yes as I had been a huge fan of Hazel’s groundbreaking singing and storytelling since I heard the song Working Girl Blues. Brittany Haas and I drove up to Todd’s studio recorded a duet version of Hazel’s haunting ballad Pretty Bird, but it was never released.

In 2011, Britt and I re-recorded the song for the Crooked Still EP Friends of Fall. Somehow, I didn’t feel finished with it. I tried to imagine how it would sound with an actual string quartet.  So I asked Jeremy Kittel to create an arrangement of Pretty Bird, and would play it whenever I happened to find myself in the company of excellent string players.

In October of last year, I was able to record that version with Jeremy and Britt on violins, Mario Gotoh on viola, and Paul Kowert on bass. There is such simple beauty and depth in the lyric – the encouragement to go beyond yourself, to free yourself from the ties that bind.”